HomeVapingVape Pen Cartridge Getting No Airflow? Try This!

Vape Pen Cartridge Getting No Airflow? Try This! 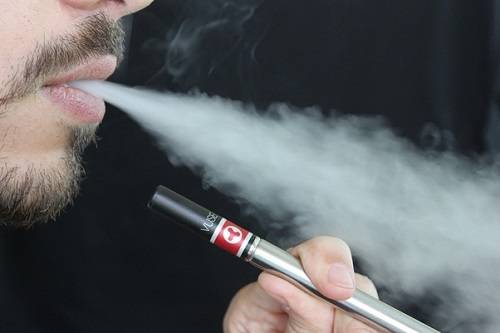 Vaping has significantly garnered more popularity in the last couple of years. And one of the main reasons for this is because of oil cartridges due to their affordability, availability and more.

However, like many man-made devices, oil cartridges can encounter technical difficulties from time to time.

Fortunately, there are a number of solutions to correct any issues that are encountered within the vaping cartridge and this is the article that’s going to help you with it.

Below are some of the common problems that are usually encountered with vaping pen cartridges:

1) Is the Cartridge Clogged?

At some point, your vape pen cartridge will be clogged up. It might be annoying, but it’s not big enough to make you incredibly frustrated.

Sometimes, oil cartridges can get clogged within a couple of minutes after you take your hit.

The biggest sign of this issue is when you notice the vapor slipping out from the sides, which discourages you to pull anything.

To take care of this issue, you’ll need to remove the oil chamber first and then clean the residue out using dry cotton.

With that in mind, you should go and clean the other small pieces such as a cartridge, mouthpiece, etc.

And just to make sure no more clogs occur in the future, you should avoid spitting liquid, overfilling, let your device sit for too long without using it, or store your device in places or conditions that could change its oil consistency.

If you have a wax vaporizer and would like a replacement, visit Vaporizer Chief.

Sometimes your vape pen might not even turn on. Many might assume that the pen is broken at that point, which isn’t actually true.

Making sure your vape battery is charged is essential. If you’re going off to faraway distances, it’s best to keep an extra device with you, just in case.

This only happens if the battery’s contact is lost as it is pushed too far into the cartridge’s base. Sometimes, the cartridge could be screwed to the battery too tight, leading to a loss in the link as the heating element gets pushed in real deep.

So when this happens, be sure to take everything out and then connect them back properly.

Also, use a charged battery to see if it “pulls.” If you see that the heating element is rooted too much into the cartridge than it needs to be, then this is your problem.

We suggest taking a clip or a small knife to pull up the element. After doing that, perform a test with the instructions that we have provided above.

4) Does the Battery Have Enough Power?

If you are using your cartridge, but aren’t getting any vapor, try to increase the temperature (or power) just a bit. Like most devices, different cartridges require less or more power, or even higher temperatures to get the desired level of vapor.

Make sure your vape pen cartridge has no airflow when you’re filling. And when you’re using your vape pen, you have to ensure that the airflow is open so that you can vape without taking strong inhales.

Inhaling strongly could put you at the risk of bringing out too much e-liquid into the coil, which could lead to leakage.

At times, you may notice a lack of flavor or inappropriate flavor when using your oil vaporizer. Though you should know that there are some flavors that are supposed to taste weak or light.

But, if the atomizer is overused or is it clean, then it will affect the flavor of the vape or the amount of vape that you get.

If you use old oils, the residue will build up or possibly even burn, giving users a burnt or offputting taste as they vape. So if you notice a change in the flavor, be sure to clean it thoroughly.

7) What to Do When the Oil Cartridge Isn’t Hitting?

If you notice the oil cartridge isn’t hitting, then it could be a problem with the air bubbles that form around the wick at the cartridge’s base.

When this is a thing, the air bubbles are keeping the device from absorbing the oil, which makes it virtually impossible to drag.

You can either move the oil by itself or heat it up to clear the bubbles out. If you’re getting no luck with that, then you should try removing the cartridge’s mouthpiece where you will see a small rubber underneath it.

If you remove this once or even twice, it will cause the air bubbles to shift as you put pressure on them.

Previous article
Where To Buy CBD Oil In Newfoundland And Labrador?
Next article
Best CBD Strains for Ulcerative Colitis