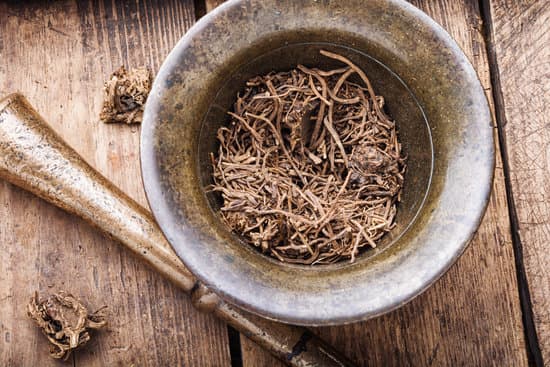 This article will be covering general details about Valerian root first, and then its specific effects that are produced during the Opiate withdrawal phase to ease the symptoms.

What is Valerian Root?

Valeriana officinalis or Valerian root is an herb that is used as a medicine. It is a perennial plant that has scented flowers that bloom in the summers. It is grown in Europe and Asia. It is also known as garden valerian, garden heliotrope, and all-heal. The extract of the Valerian is sold as a dietary supplement. Valine, the amino acid is named after Valerian root. It contains volatile oils such as valerenic acid, sesquiterpenes, and valepotriates. These have a calming effect on the central nervous system.

What are the uses of Valerian root?

The oil extract from the Valerian plant is used as a flavoring agent in foods and beverages.

It can be combined with other herbs like hops and lemon balm to assist in treating insomnia.

It causes sedation by increasing the levels of GABA in the brain which happens to be an inhibitory neurotransmitter. It also prevents the uptake of GABA back into cells, giving a sustained action of GABA.

Similarly, another Opiate withdrawal symptoms, i.e., anxiety can also be alleviated by taking Valerian root extract. The anxiolytic effect is achieved as GABA levels are increased by the Valerian root. Drugs like benzodiazepines also increase the levels of GABA, but they cause tolerance and dependence. Valerian root contains valerenic acid and valerenol which act as anti-anxiety agents.

Valerian root also helps in reducing the blood pressure which is elevated during the Opiate withdrawal period due to derangements in the homeostatic mechanisms of the body. It helps in lowering your heart rate back to normal.

Valerian root also reduces muscle cramps associated with Opiate withdrawal. The muscles are relaxed, and the person does not feel fatigued or tired. The mechanism of this effect is that Valerian root is a muscle relaxant. It relieves the spastic condition of the muscles. It calms the nervous system and relaxes the muscles.

This root is also known to act as an anti-depressant. It helps in the management of stress by assisting in the release of dopamine and serotonin. These neurotransmitters are responsible for increasing the ability of a person to cope with stress by stimulating the pleasure center of the brain. Valerian root also helps with headaches and tremors which are the symptoms of Opiate withdrawal.

How to use Valerian root for Opiate withdrawal?

To treat Opiate withdrawal symptoms, start by taking a dose of 400-450mg of Valerian root powder or ½ teaspoon liquid extract before going to bed. You can increase the dosage to 800-1350mg and 1-2 teaspoon liquid extract according to your needs. During the day take a low dose of 400mg so that it does not make you drowsy. Once you start feeling comfortable with the effects of the root, you can increase your dosage and the frequency of consumption to two to three times a day.

For sleep the recommended dose is as follows;

For anxiety the recommended dose is as follows;

What are the possible side effects of Valerian root?

Valerian root is relatively safe. It does not cause any significant adverse effects. The herb may cause dizziness if taken in excessive amounts. If it is taken for more than two weeks, it can cause gastrointestinal problems. It does not create the development of tolerance or dependence.

What does the research say about the effects of Valerian root?

Research proves the effects of Valerian root in reversing insomnia and alleviating anxiety. A placebo-controlled study showed that 128 healthy volunteers could sleep better after taking 400mg of Valerian root extract as compared to placebo. They reported improvements in the duration needed to fall asleep, quality of sleep and also said that they had decreased the number of middle of night awakenings.

Another clinical trial consisting of 121 subjects proved that 600mg of Valerian root extract helped in overcoming insomnia of the subjects in 28 days as compared to the placebo.

Valerian root can rightly be taken for Opiate withdrawal as it does not cause any side effects but alleviates the symptoms of Opiate withdrawal efficiently. It should be taken in the recommended dose to get maximum benefit, and it should be avoided by patients having hepatic, renal and cardiovascular disorders. Valerian root supplements are beneficial for the health of patients undergoing the detox process.

What are the possible interactions of Valerian root?

What are the recommended doses of various forms of valerian root?

The United States Food and Drug Administration (FDA) approved of Valerian root and have labeled it as ‘recognized as safe’ (GRAS). Mild side effects occur after first consumption or taking Valerian root in excessive amounts. Therefore, it can be taken without any serious worries.

Who should not take Valerian root?

Previous article
How To Get Heroin Out Of Your System In 24 Hours Or Less?
Next article
The Top 15 Health Benefits Of Kava Kava Root Powder