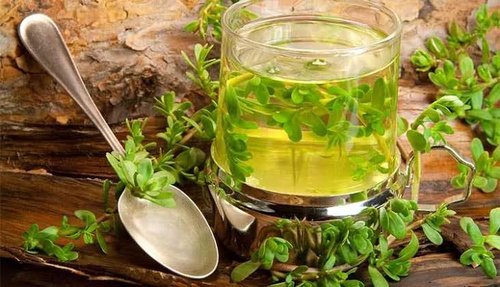 Bacopa Monnieri commonly known as Brahmi is a famous nootropic herb. It has a highly effective role in memory building, enhancing cognition, concentration building and much more.

Reading online about it gives an idea that it is a scientifically proven herb for routine use. Once famous as traditional Indian medicine, it is now famous in the whole world for its cognitive boosting effects.

An Introduction- What is Bacopa Monnieri?

Bacopa Monnieri vine grows in wetland habitat in almost all regions of the world. Initially, it was cultivated at Nepal, Sri Lanka, India, and Vietnam and was a part of famous Ayurveda tradition.

It is part of Ayurvedic medicines for neurological rejuvenation, stress relief, and memory enhancement.

The name “Brahmi” and “Jalabrahmi” are the native words to refer Bacopa Monnieri.

The most common reason to try Bacopa Monnieri is to enhance memory and learning. Not just from today, the historical evidence also confirms it.

The amazing thing is that it works for children too. Most of the herbs that you may come across daily have a warning of not suitable for underage children.

In case of Bacopa, there is no such risk. It is safe and effective for people of all ages.

Bacopa is an anti-inflammatory herb. It works on the internal swelling and eases the pain, i.e., joint pain, muscular pain, etc. It is also a therapy for epilepsy and tumors.

What are the components of Bacopa?

The herb Bacopa Monnieri has the following ingredients inside it.

Is Bacopa Monnieri a Natural Nootropic?

You may read numerous writings on the benefits of Bacopa Monnieri, all of which declare it as a memory enhancer. There are two factors, which make Bacopa an effective cognitive booster.

Bacopa Monnieri is a natural adaptogen, which means that it not only reduces the impression of stress but also the physical repercussions of it.

It works by decreasing the environmental stressor-response biomarkers like HSP70. As a result, extreme stress never affects the user. The person felt confident and motivated even when the person is suffering from severe stress.

The improvement of synaptic connections by Bacopa Monnieri ensures a better communication between neurons. It works on amplifying the impulses, which neurons use to communicate with each other.

A healthy brain will have trillions of these structures continually working on processing the information back and forth. The result is enhanced mental capability.

An ingredient of Bacopa, called bacoside A makes this communication even better. It makes the efficiency of receptors better, which means their capacity to receive and process the messages increases.

It works notably better in hippocampus part of the brain, which is involved with memory storage and recall.

The use of Bacopa makes it easier to boost the production of this enzyme, which results in long-term memories.

The stress relieving property of Bacopa is due to the relaxing compounds Hersaponins, which are a part of Bacopa’s pharmacology. The mood enhancing effect is due to serotonin and dopamine, which helps to elevate mood.

How much dosage of Bacopa works better for the user?

Unlike all other therapeutic herbs, there is the same dose for all users for Bacopa Monnieri. It includes the adult and children both.

The standard dose that common worldwide is 300mg per day. It is the safe dose, which brings the maximum benefits of Bacopa Monnieri with least risk of side effects.

The online reviews and random blog post may suggest taking more of it but remembering, the safety of any herb or medicine lies in its safe dosage.

No matter why you are using Bacopa, using the standard dose is the best option. In case of commercially available nootropics and health supplements of Bacopa, each capsule is pre-packed with certain potency.

Using Bacopa capsules are more comfortable to measure dosage and use the safe dose every time.

There are hundreds of research studies, review articles and surveys to declare Bacopa is a highly efficient therapeutic herb.

It also increases the expression of the serotonin transporter (SERT), both of which result in long-term memory.

The dendritic intersections and the branching points of neurons appeared as proliferated with Bacopa supplements in rats after week 4 and week 6. However, it didn’t show any effect at two weeks results.

Another research reports the growth effect in adult and young rats in the hippocampus and basolateral amygdala parts. These results are coinciding with memory enhancement, which is even relatable to human studies.

This 300mg was used as 150mg doses, twice a day. The results of this study are available online at Journal of Alternative and Complementary Medicine’s website.

Must Read:  Etizolam For Anxiety and Depression

For people with impaired memory, a relatively low dose, i.e., 125mg of Bacopa Monnieri daily also proved to be used via a research study.

The role of Bacopa doesn’t end here; it has shown to be helpful for children between 6-12 years age suffering from ADHD. However, this study was not on Bacopa only. The research studied a blend of herbs including Bacopa.

Serotonin is a chemical that nerve cells produce. Transmitting signals between the neurons are helpful.

Bacopa has found to be having an increasing effect on serotonin levels inside the hippocampus part of the brain.

“Journal of Ethnopharmacology” has published a study where it showed to improve the serotonin levels and Serotonin Transporter (SERT) at 20-40mg/kg of body weight dosage.

Not just this but also Bacopa showed an increase in SERT expression, Tryptophan Hydroxylase activity, and serotonin levels that otherwise reduce with age.

The study used rats at 53 days postnatal which didn’t show any improvement. At 19 and 27 days, postnatal they showed a positive result.

Dopamine is another chemical produced by the brain, which mainly affects the movements, emotions, sense of pleasure and pain. The neurotransmitters for dopamine are in substantia nigra region of the brain.

The receptors for dopamine are five in number. This loss of dopamine results in a disease like Parkinson.

Bacopa Monnieri has a natural ability to reduce the dopaminergic neural death, which is the prime reason for Parkinson disease.

Treatment with Bacopa extracts works at 40mg/ kg of the body weight as recommended by research published in “Biochemical and Biophysical Research Communications.”

It is easy to suggest that Bacopa helps to reduce the stress on the dopaminergic neurons which otherwise deplete the dopamine. The complete mechanism of protection is still under research.

It doesn’t affect any other part of the brain. This study measured on day 7 of the experiment and 2-3 weeks later for a comparison.

The SOD levels and the antioxidant enzymes, i.e., glutathione peroxidase and catalase, increased during this time in the hippocampus as well as in frontal cortex and striatum of the brain.

Use of Bacopa increases the acetylcholine levels inside the hindbrain. A study measured the increase in the 110% of the control rats.

Bacopa also shows anticholinesterase properties. It inhibits the acetylcholinesterase enzyme, but an IC50 value could not be determined, as 50% inhibition was not visible.

It may tell that these effects are mild and not as such high, but they are there.

Bacopa Monnieri is also capable of reversing amnesia, which is induced by anticholinergic drugs (scopolamine) at 120mg/kg oral ingestion. Both retrograde and anterograde amnesia was studied.

Neural inflammation is a potential cause of certain diseases. Bacopa Monnieri has the role to reduce it naturally.

The research from “Neurochemical Research” implicates the role of Bacopa in lowering neural inflammation related to aging.

The effect was satisfactory at 200mg/kg of the weight. Its association with IL-1β and TNF-α were reduced in older age (22% and 25.7% less IL-1β and TNF-α, respectively, in the Bacopa, treated groups).

This study of anti-inflammatory effects of Bacopa was an in vitro study and is accredited to bacosides, a natural component of Bacopa.

Additionally, Bacopa helps to prevent the beta-amyloid pigmentation build-up and can prove as a therapeutic approach for Alzheimer’s. This suggestion is from a study published in “Phytotherapy Research” journal.

This effect of Bacopa is dosage sensitive, and 100mcg ethanolic extract of Bacopa was found as powerful as 58mcg vitamin E as research by “Department of Medicinal Chemistry, Banaras Hindu University” in India.

Despite the traditional usage of Bacopa, for immunity and nootropic assistance, its role for anxiety and depression is also studied.

Other than bacosides 1 and 2, Bacopasaponin also shows stress-relieving effect, studied on mice.

Can you expect a side effect from Bacopa Monnieri?

Bacopa is believed to be safe for all. It is even suitable for children’s use. However, there are some mild effects, which can be irritable.

All these effects are related to stomach. No matter what dose you use, many people suffer from a slight stomach discomfort after taking Bacopa Monnieri.

The effects are more commonly reported with using Bacopa in its original form. When you are using the supplement form of Bacopa for cognitive boost, they are not likely to hit you. These effects vanish in a few hours.

The users, which are already taking any prescribed medicine for stress, thyroid or sedatives, do not consider using Bacopa.

Also if you have a pre-existing condition related to any visceral organ of the body, Bacopa is not the right thing for you. It may exacerbate the situation.