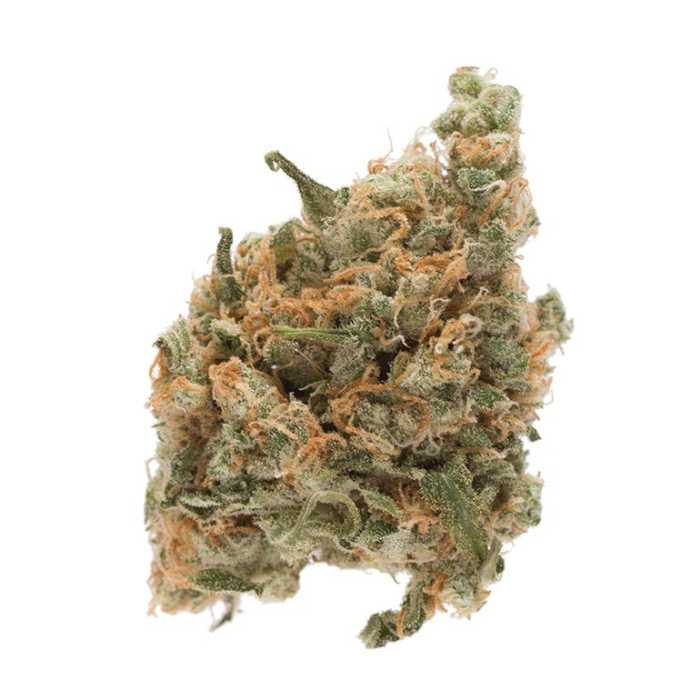 When selecting a cannabis variety, users frequently consider two factors: the THC and CBD levels. The flavors and aromas of a particular strain are only there to spice things up, but the CBD or THC concentration is what defines the entire experience.

On the other hand, Recreational users are more likely to select strains with high THC levels. THC, or tetrahydrocannabinol, causes the “high” that users experience when smoking marijuana.

Some breeders intentionally cultivate cannabis varieties with such distinct characteristics to meet the needs of a specific group of users. Take, for example, this one strain that was originally bred to contain high levels of THC. With that in mind, the strain was eventually dubbed the THC Bomb.

THC Bomb is the breeder Bomb Seeds’ signature hybrid strain. Aside from its seeds with high thc level, this information alone explains why the strain is named.

The genetic origin of the THC Bomb is unknown. However, it was said to have been developed in the Netherlands, but it can now be found in Alaska, Colorado, and the Pacific Northwest.

THC Bomb, as previously stated, was specifically bred to have high THC levels. As a result, anyone interested in trying out the strain should use caution when smoking the weed, especially beginners with very low tolerance to the effects of THC.

Although many seasoned users would argue that the strain cannot necessarily knock users off their feet, THC Bomb’s amazing 25% THC content is not to be underestimated. It is always better to be safe than sorry, as the saying goes.

Furthermore, the strain provides a heavy hit accompanied by a physical high in the form of deep relaxation, which tends to induce couch lock in users. This is most likely due to the strain’s high Indica content. On the other hand, THC Bomb’s Sativa effects are stimulating enough to lift a user’s mood. Feelings of happiness and euphoria are manifestations of this.

These effects combine to make the THC Bomb an ideal strain for evening or nighttime use.

THC Bomb is an excellent choice for users who prefer their strains to have a strong and skunky smell that is still tolerable. It has a distinct earthy aroma with some sweet and sour undertones reminiscent of the scent of lemon.

If you can get past the intense aroma of THC Bomb, you might be pleasantly surprised by the kick of zesty citrus and sweet berry notes. This fruity noted bud with a slight undertone of diesel running throughout, much more discreet than its accompanying aroma. On exhalation, the harsh smoke takes on a particularly foul odor and tastes of lemon and chemicals; simply delectable!

Aside from THC Bomb’s THC content necessitating caution, users should be aware that smoking THC Bomb may result in certain side effects common to cannabis.

The most common side effect reported by users appears to be dry mouth. Some people may also experience dry eyes, dizziness, paranoia, and mild headaches. It should be noted that users are more likely to experience such effects if they are not tolerant of the strain’s effects.

Before delving into the medical benefits of THC Bomb, it is vital to understand that no information is available about the strain’s CBD level, which essentially represents the strain’s alleged medicinal usefulness.

However, given that the strain’s development was more concentrated on developing high THC levels than CBD, one may easily guess that THC Bomb may not contain CBD levels that are as outstanding as its THC levels.

Nonetheless, the strain has been shown to help with various medical issues. THC Bomb is reported to be useful in treating people suffering from stress, depression, and anxiety due to its elevating effects.

At the same time, the strain’s soothing Indica effects can greatly aid users in reducing chronic pain, including PMS symptoms and minor headaches.

THC Bomb can be developed both indoors and outdoors. The good news is that even inexperienced growers can develop the strain successfully. Certain conditions, however, must be satisfied for successful cultivation.

Growers should consider utilizing the SOG method with hydroponics while growing indoors. On the other hand, outdoor cultivation necessitates a warm and sunny atmosphere.

THC Bomb is well-known for its high yields. However, this is only achievable if the plant is grown in optimal conditions.

THC Bomb’s indoor flowering time should be around 7 to 9 weeks if grown using the SOG technique. This form of cultivation is predicted to be 19 to 22 ounces per square meter.

Given that the strain is grown outdoors in a perfect climate, it should be ready for harvest by late September to early October, with a yield of approximately 35 ounces per plant.

THC Bomb Seeds are available for purchase on Seed Supreme, which is great news for home gardeners. It can be grown indoors or outdoors once purchased. THC Bomb is recognized for producing many flowers per square foot of plant, ranging from 51 to 60 grams (1.8 to 2.1 ounces).