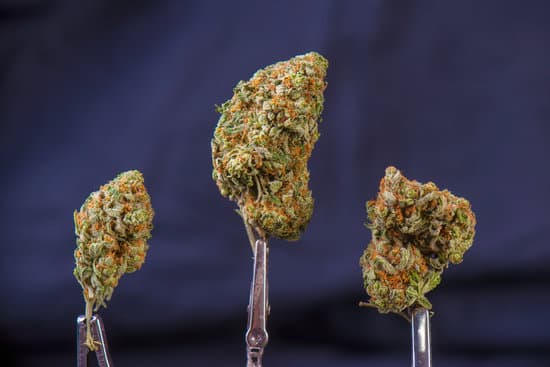 The terminology of this extensively notorious cannabis strain does not refer to the increased level of potency, but to the power of its symptom relief. Sour Tsunami is known for its high CBD content of 10% or 11%. This makes it join the list of the identified most seizure-friendly medications that one could find in the market.

The THC level on this one is, on the other hand, quite low, usually peaking at 10%. This characteristic makes it a suitable and efficacious choice for kids with severe cases of epilepsy and patients with bad CBD responsive conditions.

The Sour Tsunami is a cross of Sour Diesel and NYC Diesel, and it is also a Sativa-dominant hybrid with an unknown Sativa to Indica ratio. Just like its parents, the Sour Tsunami offers a sour flavour and smell with strong notes of earth and diesel.

Some may as well take note of its chocolate aroma, and upon exhaling, you will detect a bitter or sour smell that accords the strain its name. The buds are green; some are lightly hued than the others and tinged with some purple.

Found mostly in the Pacific Ocean, most popular in California and Michigan and a hard come-by on the black market, the Sour Tsunami Cannabis Strain is a quite dominant breed. Some strains are high in CBD, yet they do not have lots of trichomes on them.

This, however, does not indicate potency, because trichomes are the seemingly beautiful crystals that act as cover for the weed. And, they are pure THC. The more the trichomes are crystal, the higher you will get.

A lot of recreational users that are accustomed to average or high THC levels may seek to choose this strain out. Those who are used to the trichomes from days past and feel that the current strains are rather too effective may want to give it a try.

Some others might want to experience the synergetic effect which equals parts THC and CBD produce, as different cannabinoids interact with the body system in particular ways.

The admonishment here is that medical users should endeavour to check it out before application, due to the extremely high level of CBD. It sure does well to alleviate excruciating pain, without making you high and incapacitated on your newly bought couch.

If we are to learn from history, Lawrence Ringo of Southern Humboldt Seed Collective created the strain to give treatment to his back pain. And according to him, after indulging himself in some Sour Tsunami, the back pain disappeared in 15 minutes.

Conventional medical studies have discovered CBD to be an alleviator of seizure disorders, and that it does a number of impacts on cancer and alcoholism. People who happen to have less severe medical conditions like stress, anxiety, nausea, and insomnia can also put Sour Tsunami into their system.

Even when it comes to acne and other skin irritations, the CBD has also been found to be just as helpful. Regardless of the reason or motive, there will be gaining symptom relief while keeping a clearer head.

Regardless, the genetic balance of this cannabis is of much less essential than its high level of CBD. Due to this property, the strain ought to be used in the treatments of conditions such as chronic pain, insomnia, stress, and seizures. Patient’s appetites can also be spurred with it.

In the cultivation of this strain, you are bound to have flowers in about nine weeks, and they will smell like sweetness and muskiness. In semblance to many other strains that are rich in CBD, producing a bud with high CBD is not a guaranteed prospect.

Must Read:  Recreational Marijuana - Some Important Facts To Know

As a matter of fact, what you will have is just a 25% chance of getting to such a level. For your chances to be increased, you can work on a variety of your strains and sources; buy the seeds as well as the cuttings of a few different strains rich in CBD.

You can also use a testing service such as Pure Analytics on the seedlings at about 3-4 weeks before the flowering stage. Do well to take a couple of nodes off the top of the plant, dry them and send them out for testing.

Once you can identify which plants are high in cannabinoid, you can then take some cuttings to develop right away.

Also, apparently, as with any other strain type with a high concentration of CBD, the growing demands some experience and expertise. The strain produces lots of phenotypes, which in turn give growers just about 25% chance of getting a yield that comprises CBD-rich buds.

But one can do well to up the chances of cultivating the weed successfully by taking advantage of the various testing services available and aforementioned.

If a Sour Tsunami is grown indoors, it could take 58 to 63 days for it to flower, and it may produce a 12-to-16 ounce per square meter minimum yield. Outdoors, the weed will be ripe for harvest by October, and the method is bound to yield 16 ounces or even more from each plant.

Sour Tsunami marijuana strain has properties that can induce a clear-headed high, uplift bad or swinging moods and help relieve chronic stress. It can also help in the revamping of lost appetites and full body relaxation with a rather very sturdy analgesic effect. The bud can soothe even the most excruciating pains.

The high also has to alleviate properties for cramps and pain control (not just soothing). For seizures and spasms of every type and degree, the Sour Tsunami is there to give a helping hand. Due to the way it gets high, the cannabis strain is most liked by the members of the Aries zodiac sign.

Unfortunately, some people who use the strain to treat depression get a weird fogginess, which makes staying on a task rather difficult. It can also make them feel extremely tired and rather uninspired; this is particularly a major trigger for some depressive disorders.

Due to this, some people would prefer using the strain in the evening in bed and avoid using it anytime during the day. On the other side of this, some may prefer the strain because it has what it takes to make them feel great in their bodies, without really having to mess with their minds at all.

This lot may opt to use the cannabis for all of their physical ailments, as it gives them the physical healing needs without inducing some paranoia or overthinking.

Over time’s testing ordeal, people have been in the woods as to which over-the-counter pill to opt for treating a variety of physical and mental conditions, and the craze hasn’t been watered down likewise.

But with the emergence of life-saving and time-effective Sour Tsunami cannabis strain, much relief has been garnered, and on-time treatment has almost become a norm.