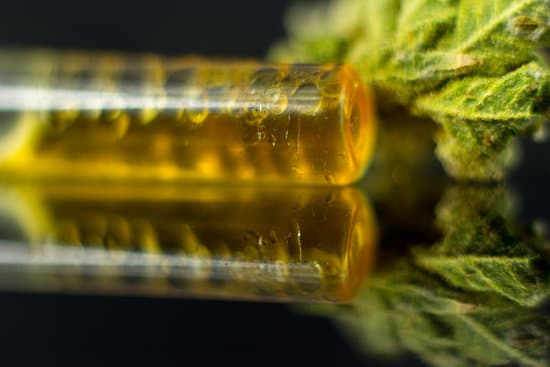 With the growing popularity of medicinal cannabis, people are getting interested to explore and learn more about various available cannabis oil products and their benefits. While doing so, it is highly likely that you will come across Rick Simpson Oil, which is essentially a marijuana-derived, concentrated cannabis oil product and was developed by a Canadian medicinal marijuana activist Rick Simpson from where it has taken its name.

Rick Simpson Oil or RSO is significantly different from other cannabis oil products as it contains high levels of tetrahydrocannabidinol or THC — a psychoactive compound that comes from cannabis and has intoxicating effects. In hemp based CBD oil, the legal limit for THC is no more than 0.3% whereas, in RSO, you may find 60 percent to 90 percent THC compound in RSO. It wouldn’t be incorrect to say that RSO is in fact cannabis’ concentrated form or can be termed as a raw marijuana oil product.

How to use RSO?

As it has already been established above that RSO has high concentration of THC hence, it has a tendency of getting the users feel ‘high’ even if a slightly low amount is used in a single attempt. People consuming RSO should know the ideal usage that would help them cure what they are using it for in the first place. If it is consumed in the right amount and in right fashion, it doesn’t put you in any health risk.

The recommended way to use RSO is to consume it sublingually, which means it should be kept under the tongue. Topical application of RSO is also recommended. However, the users should also be aware of its short lasting yet immediate effects including impaired motor control, paranoia, and impaired memory. We have prepared a list of some side effects of THC, which is the psychoactive compound found in RSO.

However, if you are seeking immediate relaxation and lightness, RSO ensures instant impact.

One of the major claims surrounding the benefits of RSO is its ability to treat cancer. This takes us back to 2003 when Rick Simpson had developed skin cancer. After the diagnosis, Simpson began to apply this compound that he developed on his facial cancerous spots and only within a few days’ time, he began to see the spots healing on their own.

After the claim, multiple studies followed and Simpson shared that RSO has a special kind of cannabis, which is called Cannabis Indica, which is very potent and has sedative medicinal properties that helps the body to heal. However, owing to its high THC concentration, it is always recommended to explore more about the product and study researches around it to ensure if RSO is appropriate for your body or not.

Having said that, RSO is also said to treat a few other medical conditions, including:

What is RSO made of?

RSO is derived from marijuana, which means it contains all the components that are present in the plant. If you get an extract of the plant, you will find compounds like cannabinoids, minerals, terpenes, phytonutrients, fatty acids and other micro elements that a marijuana plant is composed of.

This makes RSO a full-spectrum oil. Though, more research studies are under way however, one thing that is certain is that all these components combined benefit better and quicker than individual components.

Speaking about research studies, let’s explore some of the major ones in greater detail. You must be thinking, how Rick Simpson thought of using this compound in the first place.

Simpson, after being diagnosed with his skin cancer, began reading rigorously about its treatment and came across a study done in 1975 that ran a trial test of cannabinoids on mice that had lung cancer. The results of the study suggested that cannabinoids and especially, THC, helped in minimizing the growth of cancer spreading cells in mice.

Subsequently, there has been several other studies that looked closely at the relationship between cancer spreading cells and the use of cannabinoids.

On the contrary, there are certain types of brain and lung cancer for which studies were performed to explore the effects of THC and they found to be quite counter-effective.

Must Read:  Which Is Better For Sleep Indica Or Sativa Strains?

Before moving on to the next section, it is important to leave you with a recent case study of a 14-year old girl who was diagnosed with a certain kind of leukaemia. This little girl’s family actively worked with Simpson to develop a special extract compound out of the plant, which she consumed on a daily basis along with some other oil products.

It was evidently showing positive results on the girl however, during her treatment she died from a gastrointestinal issue that was totally unrelated and thus, the treatment couldn’t get completed.

Though we see a growing number of promising results that ensure the effectiveness of RSO on treating cancer, there is still room for more studies to be done on human cells to be completely certain of its cancer treating properties.

RSO has made multiple claims to cure different diseases and medical conditions so one of the outlining risks is its claimed attribute of being a cure-all compound.

Even the studies that have concluded positive effects of RSO continue to suggest that it shouldn’t be considered a medical replacement and patients shouldn’t stop administering their usual medicines. It is always recommended to reach out to your doctor before replacing your medicines with RSO.

Another major risk is Simpson’s recommendation to the users to make their own RSO, special to their needs. This means that users are required to get hold of a substantial amount of marijuana, which, as we all are aware, is illegal in many states.

Another major risk is the preparation of this product. RSO is made up of many different components that are flammable and if not handled properly, there is a high chance they will leave residues that would be quite dangerous afterwards and also has cancer causing substances.

As an alternative and to be safe from the above two major risks of RSO, it is usually recommended to use CBD concentrates that are extracted using super-critical CO2 extraction technique, which is by far the safest extraction technique and several reputable manufacturers have these oil products available with them.

How to make your own RSO?

If you have been lucky enough to get hold of the marijuana plant in good quantity, you are required to mix it with high proof alcohol in a bowl, which would allow cannabinoids and resin to detach.

Next is the straining step where you essentially strain this obtained mixture th0ough either a coffee filter or a cheesecloth so you get a smooth and even mixture.

Once it is done, you will have to heat a rice cooker and make sure that a fan is pointed towards it so that when you pour in the mixture, it doesn’t explode.

While mixing it, you also need to make sure that the temperature is kept under or equal to 120 degrees on Celsius scale for the effects of the oil to remain intact.

After this heating, the alcohol would certainly evaporate and what remains in the cooker, would merely be cannabinoids.

This will be black in colour and slightly thick in texture. If you try to taste it, it would be utterly bitter. Nevertheless, this is the RSO product in its most potent form.

Let’s get to the final thoughts. We all know the benefits of using cannabis oil, whether concentrated or not. We also are aware of the therapeutic and healing properties of THC, which is a psychoactive compound.

Thus, there are multiple studies that suggest THC heals but makes an individual feel high, as well as at the same time recommend other researchers to conduct more such studies on human cells and test the results for better explanations and conclusions.

With what the product is composed of, it is safe to say that RSO is a different level of the complete marijuana plant experience. It should also be taken into account that RSO is extracted only from the female plant cells that has a 20% increased level of THC as compared to the male cells.

Cannabis has by far not become a recommended cancer treatment and there are still multiple studies under way to test its impact.

In a nutshell, the best practice for any individual who seek immediate healing effects of THC would be to perform their own research and read literature done around this subject. It is also suggested to try and test the product on yourself in a small amount rather than falling for the claims.