HomeCannabisOne Gram of Weed: How To Measure It?

One Gram of Weed: How To Measure It? 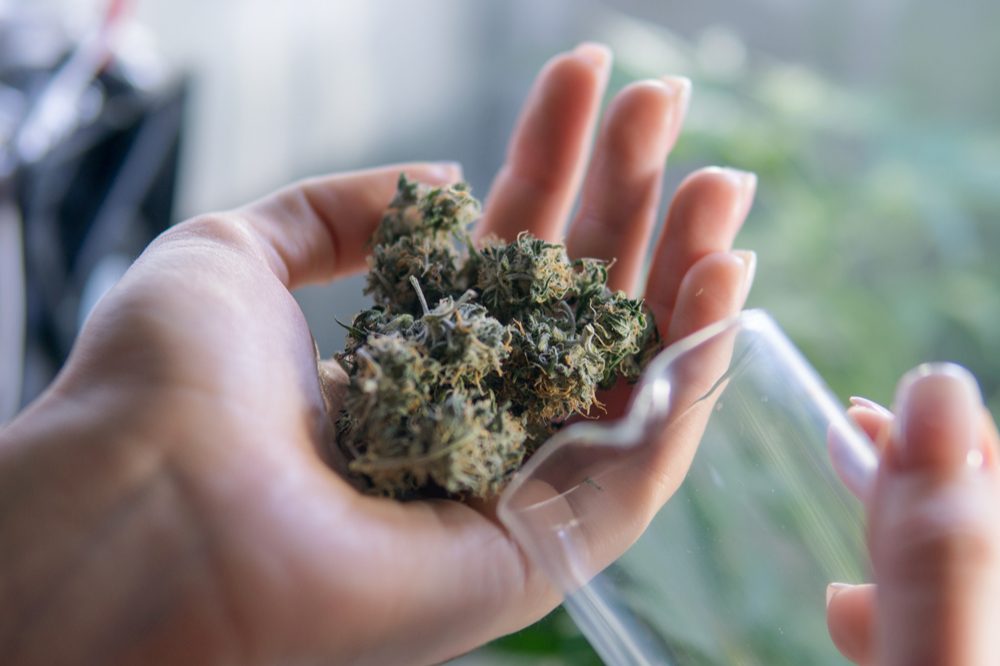 Weed is also known as Cannabis and is extracted from the Cannabis Indica or Cannabis Sativa plants. It is one of the most popular and frequently consumed herbal products around the globe. Millions of people have been taking weed for many years, but when it comes to purchasing this substance, buyers often struggle because they don’t know the measurement standards.

Are you familiar with measuring weed while purchasing or consuming the desired dose? Not really? Don’t worry! This article closely focuses on the standard measurement of this botanical. Let’s get the discussion started.

What is the Base Unit to Measure Weed?

Well, gram is the measurement unit vendors, and buyers use for selling or purchasing purposes. You can make a few joints with a single gram of weed. But it depends on how you roll them. You can also use the same amount of Cannabis to prepare a few moderate blunts.

How Much Weight Does One Gram of Weed Have?

Well, the minimum amount of Marijuana you can purchase from anywhere is “one gram”. It does not weigh much. If you draw a comparison between gram and ounce, you will get to know that gram is 28th times smaller than an ounce of weed. In other words, you can say that one gram of Marijuana is equal to 1/28 ounce. As far as the volume of one gram weed is concerned, you can easily hide it in your palm. Find more info: https://getkush.cc/what-does-a-gram-of-weed-look-like/

Dime Bag: What Is It?

The world of Marijuana holds a wide range of slang terms and a variety of jargon. In fact, people working in this domain have developed their language, which the world doesn’t even understand. But, you should be familiar with at least the popular words, e.g., dime bag. Do you know what it means? Not really?

The word “dime bag” refers to one gram of weed, the smallest amount of this herb you can buy from the market, as stated earlier. Have you ever asked for Cannabis availability where it is not entirely legal? If yes, you must be familiar that when people ask for a dime bag, it means they are inquiring about one gram of weed.

If you are concerned about the pricing factor, it varies depending on specific parameters, including but not limited to the vendor’s credibility, location, and credibility of the bud. On average, you can purchase Cannabis by paying $3 to $15 per gram.

What are the Other Standards to Measure Weed?

Below is a list of the four popular standards you can use to measure your Marijuana stock. Let’s understand them one by one.

Must Read:  Male Vs Female Cannabis

When buyers ask for “an eighth”, it refers to ⅛ of an ounce of the weed. This quantity is very popular among Cannabis users, and they often buy the same amount. If you want to compare it with grams, one-eighth weed equals 3.5 grams. It is a healthy amount to hold in your palm. You can make around four joints with one-eighth of Marijuana. Though the price of one-eighth may vary depending on a couple of factors, you can purchase it somewhere between $20 and $65.

It is equal to ¼ (one-fourth) of an ounce of Cannabis. A quarter ounce is also a popular standard for those who can’t buy this botanical in bulk. You can prepare seven healthy pre-rolls or joints with this amount. It equals 7 grams of Marijuana and is commonly known as “a quad” or “a quarter”.

As the name depicts, it is half of an ounce of Cannabis. People who prefer consuming weed for recreational purposes usually buy half an ounce of this herb. It is equal to 14 grams of Marijuana, and its price ranges from $100 and $160 depending on which strain you choose to purchase. If you have found a specific strain that suits you the most, you can buy half an ounce of that strain to save the overall cost. Normally, the larger amounts are cost-effective because you get discounted deals from different vendors. A half ounce of the weed can help you make 14 blunts and up to 25 joints. It is also known as “a half-O” or “a half”.

An ounce is usually linked to a bulk purchase of Cannabis. It equals 28 grams of this botanical. This is the maximum amount of Marijuana you can buy in many states, where its purchase is declared legal. When it comes to the selling prices of an ounce of weed it varies between $160 and $350. Don’t forget that the price may vary from one vendor to another and from one place to the next. Buying this much Cannabis reduces your purchase price significantly.

Are you a weed enthusiast? Often get confused when it comes to measuring the correct dose. Well, one gram, one eighth, a quarter ounce, a half ounce, and an ounce are the basic standards to measure this magical herb. To know more, make sure to read the above guide.

Previous article
MBC Botanicals: A Rising Star In The Kratom World
Next article
Best Kratom For Camping And Backpacking