HomeNootropicsWhich Nootropic Is Best For Concentration And Focus?

Which Nootropic Is Best For Concentration And Focus? 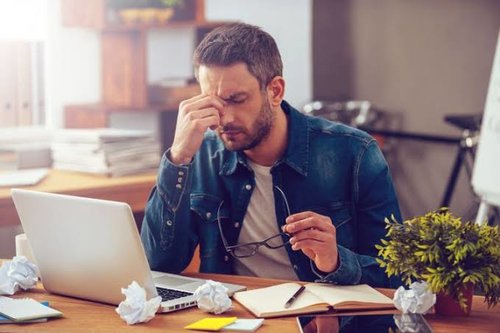 With the ever-increasing pressure of leading a successful life, more and more people are seeking medical help to accomplish their goals. It is hard to keep pace with time and to work efficiently round the clock owing to the hectic lifestyle of people. To make things easier, nootropics can help.

These all-purpose supplements tend to aid in bettering the brains of its users. Nootropics are supplement drugs which improve the working of the brain. The constant use of these drugs can enhance memory, focus, intelligence and cognitive functions in an individual.

Also referred to as smart drugs, nootropics maximize the potential of the brain. It has three subcategories which include Racetams, Stimulants, and Nutraceuticals. While there are a lot of nootropics available in the market to help people deal in a better way, some are more accessible and efficient.

Mentioned below are five of such attractive and incredibly durable nootropics guaranteed to work. If the user is still unable to achieve the desired effects, one always has the option to combine different nootropics to form a stack.

Created in 1970, Aniracetam belongs to the category of Racetams because of the presence of its specific pyrrolidone structure. Aniracetam has minimal adverse effects on its users and a subtle potential of causing toxicity in individuals using it. Aniracetam is extensively available as a dietary supplement these days but maintains its position of being a prescription drug.

What to expect from Aniracetam?

People consuming Aniracetam can expect an improvement in their mental performance. It can enhance the learn capacity of people to perk up their lives in different ways. Some users of Aniracetam report strong effects which include an amplified ability to remember everything. Others say that it helps them to summon up all the subtle details in their minds. The attention span tends to increase, and a person feels focused on his everyday tasks.

Aniracetam is anticipated to give users clarity of mind as well as treat anxiety and depression in a few cases. The benefits of this drug differ from person to person and are dependent on the mental state and the mood of the user.

Due to low bioavailability, the dose of Aniracetam should be 4.5 grams per day. This dose can be split up into three small dosages of 1.5 grams for taking three times a day. New users should start taking the drug at a relatively lower dose and work their way up.

Noopept is one of the most potent and highly efficacious nootropics for improving brain functions. It is, in fact, the brand name for N-phenylacetyl-L-prolylglycine ethyl ester, which is synthetic in nature.

It works to augment the storage capacity of the brain. Not to mention the effects it can have on the focus as well as the improvement of the concentration of users.

What to expect from Noopept?

Noopept is an excellent way to increase the cognitive performance in addition to boosting memory and the ability to learn. It can help with the critical thinking and speeds up the process of memory recall. Many users of Noopept report how the drug reduces their stress and anxiety levels. Noopept is, therefore, perfect for people who are engaged in demanding jobs. It heightens the mental energy and lifts the brain fog from the mind of individuals using it.

Noopept is a neuroprotectant that indicates that it can protect the neurons from suffering damage.  It works as an anti-oxidant to steer clear the body of any toxins.

The best way to use Noopept is to start off with a dose as low as 5 mg which must be taken three times in a day. The dose must gradually increase to ensure maximum efficacy. However, people who have been using Noopept for a while can take as much as 10 mg every time.

Adrafinil is a precursor of another popular drug Modafinil. When administered, Adrafinil is broken down into Modafinil which is a brain stimulant just like its parent drug. The drug belongs to the class of stimulants and does not possess any actions similar to those of amphetamines.

Must Read:  Nootropics vs Caffeine: Types, Benefits And Side-Effects

What to expect from Adrafinil?

Adrafinil is an amazing nootropic with stimulating properties and no association in the development of hyperactivity. The medication can work to fight sleepiness in users. Owing to its favorable effects on stamina, alertness, and focus, it helps a person to make it through a hectic day. Adrafinil does not produce jitteriness in its users, and this makes it preferable to coffee.

For those who are new to this drug, consuming 150 milligrams of Adrafinil is sufficient. The upper limit set for the medication is 300 milligrams per day. Users are not encouraged to exceed this dosage. Otherwise, it can generate certain side effects.

Pramiracetam is known to be a potent nootropic available worldwide since 1978. It is a prescription drug which is used to increase the mental capabilities of a person. The drug is proven to be a cognitive enhancer which works positively on the concentration, sharpness and energy levels of a user.

What to expect from Pramiracetam?

Pramiracetam is a powerful drug, and its mechanism of action involves augmenting the flow of blood towards the human brain. The blood circulation improves which causes a considerable increase in the total uptake of oxygen and the glucose metabolism.  All of this results in an enhancement in alertness and mental focus of the user taking Pramiracetam.

The attention span can get a boost due to Pramiracetam, and the person acquires an ability to think and interpret faster than usual. The medicine can increase the learning capacity and can treat conditions like ADHD, Alzheimer’s and dementia.

Pramiracetam is 30 times more potent than Piracetam, so a relatively smaller dose of it is capable of producing strong effects. For an ordinary individual, the average dose of this drug ranges falls somewhere between 200 mg to 400 mg on a daily basis. Users have a choice to either take the recommended dose all at once or break it into two doses to be taken separately.

Splitting up the dose is better because, in this way, Pramiracetam manages to maintain a consistent level in the blood. For new users, the starting dose should be around 50 mg per day for avoiding any unnecessary side effects.

Pramiracetam can work differently in different people, so it is important that users start from a low dose initially just to check to what extent do their bodies respond to the medication.

Phenylpiracetam is a recent addition to the Nootropics family. The drug belongs to the category of Racetam and is a modification of Piracetam. Phenylpiracetam is intended to be at least sixty times stronger than Piracetam, its parent drug. This medicine works on the neuronal activity in the brain and stimulates the motor skills of the person using it. In addition to improving the cognition, Phenylpiracetam also invigorates the person to perform better physically.

What to expect from Phenylpiracetam?

Phenylpiracetam resembles Piracetam regarding its effects on the brain. Memory is improved, there is a rise in mental energy, and the person feels exhilarated and fully alert. Phenylpiracetam is also indicated to remove brain fog and permit a person to observe and interpret things in a better way. It can boost stamina and also causes mood elevations in some users.

Phenylpiracetam also causes an increase in the movement abilities and tends to treat motion sickness. People who use it experience a reduction in their mental stress, anxiety, and fear. The problem-solving skills are sharpened, and the user can sleep peacefully.

Just like the majority of the nootropics drugs, Phenylpiracetam should be taken in a low dose and a slow manner during the initial days. The recommended dose of this medication is 100 mg per day. Users are on the verge of developing tolerance to Phenylpiracetam; therefore, they should regulate its consumption carefully. It should not be taken every day but only a few times during the week.

This is to be followed to avoid building up any resistance which can ultimately render the drug useless. Take breaks regularly to experience the maximal benefits of this wonder drug for as long as it is possible.