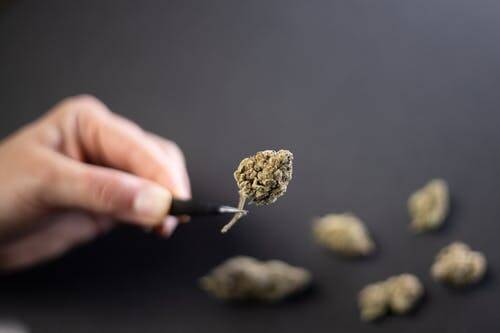 Marijuana is entirely legal for adults in Massachusetts and has been since voters approved a ballot initiative in 2015. Medical Massachusetts marijuana was available soon after through dispensaries. But recreational buying went into effect in 2018.

Now, anyone over age 21 and with a government-issued photo ID could buy recreational marijuana in Massachusetts. Anyone with a medical marijuana prescription can buy it for a lower price than recreational buyers pay for the same product.

Legal marijuana includes flowers, edibles, and concentrates. The commonwealth imposes limits on the amounts of each you could buy and possess at any given time. It also taxes the sale of recreational marijuana.

Total marijuana sales in Massachusetts topped $2 billion in September 2021 since marijuana became legal in November 2018. The total sales value topped $2.5 billion at the end of 2021.

With so much marijuana being sold legally and the state taxing the sales of recreational cannabis products, tax revenues are rolling into state coffers. For the first time since it was legalized, marijuana tax revenues in Massachusetts surpassed tax revenues for alcohol.

Recreational cannabis sales accounted for more than $72 million in 2021 versus more than $51 million from alcohol tax revenues. Massachusetts collects a combined 17 percent in sales and marijuana tax revenues for recreational use. Local units could add another 3 percent in taxes.

Alcohol remains popular in the state, but the tax mechanism is slightly different. Alcohol excise taxes are based on the per-gallon amount. They run as high as $4.05 per gallon for liquor and as low as about a nickel per gallon for cider sales. But the state now applies the same 6.25 percent sales tax to sales of beer, wine, and liquor.

Anyone with a valid government-issued photo ID that says they are over age 21 can purchase up to an ounce of flower. They also can buy up to 5 grams of concentrate. Those are the same limits on what you can have in your possession at any time.

Must Read:  Recreational Marijuana - Some Important Facts To Know

The medical Massachusetts marijuana laws are easier on medical sales than they are on those recreational buyers. If you have a valid prescription for medical marijuana, you can buy and possess up to a 60-day supply. The commonwealth says that it is up to 10 ounces of a flower.

Unlike recreational sales, medical sales are available to anyone ages 18 and 21 who has a prescription. And the commonwealth does not tax the sale. Anyone who could qualify for a medical marijuana prescription could save money, have more dispensary options, and buy larger quantities.

Do not enter a dispensary expecting to use a credit card or a debit card to complete your purchase. You will have to use cash to buy either recreational or medical marijuana in any form. Most dispensaries have ATMs so that you can withdraw money and pay in cash.

You must pay in cash because the federal government does not recognize any cannabis as a legal product. But it is not enforcing laws against sales when done through state-licensed facilities.

Until the federal government removes marijuana from its controlled substances lists and ends its prohibition on cannabis, dispensaries are likely to remain all-cash places of business.

Where Can You Smoke Massachusetts Marajuana?

You cannot smoke marijuana or concentrate wherever you choose. Mostly, you only can smoke it at home or on private property that allows it.

If you smoke it in a bar, a car, or anywhere in the general public, you could be arrested and fined. Even hotels and motels can ban its use and call the police on those who violate the anti-cannabis policies.

It also is illegal to transport cannabis across state lines. So whatever is bought in Massachusetts must remain there to stay legal. It is very important to know where you can consume cannabis products safely and legally and how to transport it. Ignorance is not an excuse for breaking the law. Cannabis must remain sealed in its original packaging until you get it to your home.