HomeCannabisMarijuana Strains in Canada: The Most Strongest & Popular

Marijuana Strains in Canada: The Most Strongest & Popular 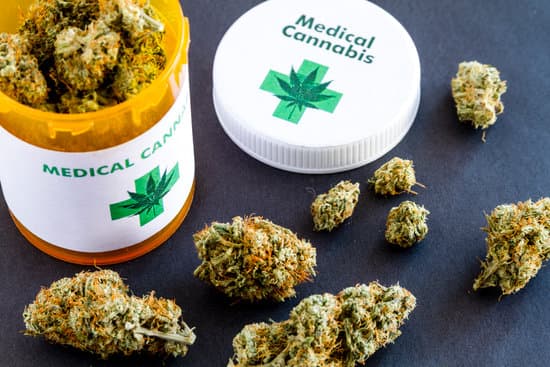 With the legalization of marijuana around the corner, it is an exciting time to experience the effects of various marijuana strains in Canada. Cannabis users now have a huge selection of marijuana grown from all over the world right at their fingertips.

Needless to say, not all cannabis is created equal. Each marijuana strain has varying amounts of THC and CBD chemicals that produce different effects on the body. These can range from the psychoactive experiences typically associated with marijuana, to uses for medical conditions such as chronic pain, depression, and even epilepsy.

Canadian cannabis growers are among the top in the world and are gaining momentum, so why not support the Canadian marijuana industry by buying marijuana strains produced on our soil?

The 10 most popular marijuana strains in Canada are explained below to help you decide which one is right for you.

Cannabinoid chemicals act on the natural cannabinoid receptors in your body, which can help with stress, mood, pain, appetite, and other medical issues. There are two main chemicals in cannabis, THC (tetrahydrocannabinol) and CBD (cannabidiol), each with unique properties that create different effects.

THC is the psychoactive component of marijuana, which is what gives the cerebral effects creating a euphoric high and happy feeling but can also help with pain relief.

CBD is non-psychoactive and does not produce the ‘high’ but can give powerful pain relief and sedating effects.

To produce varying levels of THC and CBD, cannabis producers grow and modify various strains of marijuana, giving the user a wide range of choice in the effects that they want.

In general, Indica strains are good for body relaxation while Sativa strains create a stimulating and uplifting effect. Many of the most popular strains have a mix of both or are ‘hybrids.

One of the most popular marijuana strains in Canada and grown on Vancouver Island in British Columbia. It has been around for many years and continues to be on the best-seller lists.

Its a variant of the California strain Skunk #1, mixed with a Sativa, making it a Sativa variant hybrid (80% Sativa, 20% Indica).

It smells faintly of citrus and little bit skunk and is a favorite among those who are looking for an upbeat strain with a quiet buzz to follow.

The THC content can range, on average being about 14.5%, with the highest being up to 19%.

Effects of this strain cause euphoria and encourage energy and creativity. This is why it has high use among people with depression. It soft body buzz that follows can also help to relieve anxiety.

Romulan is a mostly Indica plant that is named after the alien Star Trek race. With a high THC level of 20-24%, creating cerebral effects while it produces it deep, muscle relaxation effect.

This makes it a favorite among those who have chronic pain, muscle spasm or nerve pain.

However, it’s best to use when staying indoors or at night because being locked to the couch is familiar with this strain of cannabis.

It’s becoming more and more popular among both recreational and medical users, especially in B.C. and Ontario.

But, if you are prone to anxiety and paranoia with cannabis use, this strain is probably not the best for you.

It is what you are looking for if you want immediate effects. A 50:50 hybrid of Sativa and Indica and bred by mixing multiple African varieties.

It’s earthy, and woody flavor has noted to have a hint of cheese flavor. Manitoba poison is best to treat anxiety and make users happy and relaxed.

It helps with insomnia as well as stress and pain; however, users may be more prone to getting dry eyes with this variety than with others.

It was developed at the University of British Columbia, originally bred specifically to help patients who were going through chemo. It’s 80% Indica, 20% Sativa hybrid of unknown origins that has very potent pain-relieving qualities.

With a THC level that ranges from 18-20%, the effects can creep up on the user, becoming more and more sedating while making you have the munchies.

It’s not typically for first-time users. Most commonly for people with chronic pain due to cancer, chemo or other conditions.

It is also used to help treat nausea, appetite loss, insomnia, and nightmares. A second on the list that is produced by Jordan of the Island in B.C.

Must Read:  How To Choose LED Grow Lights To Grow Cannabis?

It won the Cannabis Cup for the best Indica in 2004. Initially produced by Jordan of the Island on Vancouver Island, British Columbia is one of the strains that put Canadian Cannabis on the map.

It is also grown under the name BC God Bud by BC Bud Depot.

It’s a favorite among users on the west coast, but it’s gaining popularity among the rest of the country. It has a mighty musky and sweet aroma and tastes of tropical fruit mixed with pine.

With a THC level of 14-22%, it has fast acting effects. You may feel relaxed and happy and it help treat stress and depression.

Due to its Indica effects, don’t use in the evening or night as it can create drowsiness, especially if you consume high amounts. This is why it is commonly for people who have insomnia.

It is a potent hybrid of 50:50 Sativa and Indica with THC content of 20%. A favorite among people who grow their own marijuana as it takes less than 60 days from seed to harvest and is one of the smallest plants, growing only 16 inches tall. Its a favorite in northern climates as it can survive the harsh and cold weather.

The flavors of this strain match much of Canada- earthy and pine notes, with a little bit of spice. Its effects can take some time to take hold, so be careful when you first try it not to take too much.

You can expect to feel uplifted and focused, and it can even increase arousal. The most common medicinal use for this strain is to help relieve pain.

It is an Indica dominant hybrid with 80% Indica, and 20% Sativa pulled from various strains in South America. It has a sweet blueberry hash scent, taste like a freshly baked blueberry pie with a hint of pepper.

It’s THC content ranges from 15-22%. Users initially get a huge rush of energy and happiness which is subsequently followed by becoming lethargic, glued to the couch and very hungry. This strains is medically for those with chronic pain, insomnia and mild to moderate depression.

This popular marijuana strain has been around since 1992, winning multiple cannabis cup awards. It’s Sativa dominant hybrid that produces an uplifting, engaging effect that is perfect for socializing or creative endeavors. It has skunky, sour smell; however, the flavor has some subtle flowery notes.

With a CBD of up to 1.5%, it is popular among medical users as well. Some bipolar and depression patients have noted AK-47 that it helps to regulate their mood and ease anxiety. It is also useful for managing nausea, vomiting, and to increase appetite.

This marijuana strain has one of the highest CBD content on the list, with upwards of 10%. It is an Indica dominant hybrid with a THC content at 14%. Blue Dynamite produces body and mind relaxation that patient’s with anxiety or stress find useful. This strongest marijuana strain help with pain, insomnia, and nausea. It is awarded one of the Top 10 Strains in 2007 by the High Times, making it a staple among cannabis users.

It is a Canadian Sativa dominant hybrid that produces intense cerebral effects. Jean Guy is 90% Sativa, 10% Indica with a THC content of 14-24%. It’s lemon, and pine taste jolts you into feeling energized and uplifted. You can take this strain on a busy and active day, although you may have some thought wandering which can hinder productivity.

Due to the high THC content, users who are prone to anxiety may want to avoid this strain or dose with caution. Jean Guy is a favorite among people in Quebec. Medically, it help to treat fibromyalgia and cancer symptoms.

Final Thoughts on the Most Popular Marijuana Strains in Canada

With cannabis now legal in Canada, you have an abundance of choice in quality Canadian marijuana strains. Your options are endless in what types of cannabis you can try to get the effects you want.

Go to your local store and talk to the employees to help you make an educated decision on what strain is right for you.