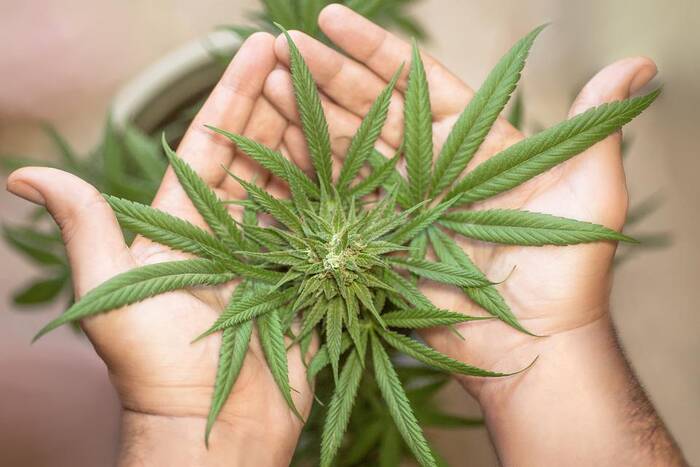 Joints (marijuana cigarettes) are most likely the most popular way to use marijuana. They are simple to use and transport, leave no paraphernalia trail, and are easily shared. Many people get oral pleasure from smoking a joint, as tobacco users get from smoking a cigarette.

Marijuana must be split into little bits before being rolled into a joint to ensure equitable distribution. This can be done with scissors or inexpensive hand-held herb grinders (for processing sinsemilla).

Users can roll joints with a hand-rolling machine or with their hands. Many other joints are rolled, but possibly the American joint and the Dutch slang are the most frequent. Machine rollers are often reserved for persons who have difficulties rolling by hand. These can be available in some smoking shops. Joints come in various sizes and are smoked similarly to tobacco cigarettes. The smoker sucks air through the joint, causing the airstream to pick up the smoke and produce the desired effects.

Pipes have gained popularity in recent years, and many individuals now prefer them to joints. This shift might be seen for a variety of causes. Pipes, for example, do not require paper or glue, and hence the smoke includes minimal pollutants. Furthermore, because of their small bowels and lack of sidestream smoke, pipes help to reduce waste. Pipes also eliminate the waste caused by the natural limitations of bud length and the human ability to withstand burning fingers.

Pipes exist in many designs, ranging from the most basic utensils to true pieces of art. It makes no difference how fashionable the pipe is. Indeed, a decent pipe should be easy to draw, comfortable, and easy to clean.

Because no studies have been undertaken to examine residues from heated pipes specifically, materials are normally merely a question of personal preference. Glass, ceramic, stainless steel, and brass are typically thought to be inert and will not harm you. Toxic vapors may be produced by burning wood. However, hardwoods require higher temperatures than those found in the bowl to begin smoking marijuana. Avoid using plastic pipes. Regardless of the manufacturer’s claims, plastic is better suited to blowing bubbles than keeping burning coals.

As the name implies, Waterpipes work by pulling cannabis smoke through a reservoir of water. This cools the smoke and removes any particles from it, resulting in a smoother draw. Like its non-hydro counterparts, water pipes come in various styles and shapes.

Many pipes have a bowl on a stem that ends below the waterline. The air tube is located above the water’s surface. When you draw on that tube, the air is drawn through the bowl, stem, and water, allowing the water to filter the smoke. Better filtration capacity is associated with smaller bubbles and longer water tubes.

A bong is a water line with a huge chamber where the smoke is hung before being inhaled and a carburetor hole similar to those seen on a few ordinary pipes. When the carburetor is turned off, much smoke can be breathed considerably more quickly.

Many people prefer waterpipes because they produce cooler, smoother smoke, although there is no proof that they are better for the lungs. One problem with such an idea is that waterpipes typically absorb more THC than hazardous chemicals. Because it takes longer for users to obtain an acceptable dose of THC, water pipes allow even more hazardous smoke pollutants to enter the lungs.

Water bong absorb more cannabinoids than hazardous tars, according to a smoking device study sponsored by California NORML and MAPS (the Multidisciplinary Association for Psychedelic Studies) (Gieringer). To achieve an effective amount of THC, smokers must inhale around 30% more tars from a waterpipe than from an unfiltered joint. The bigger the amount of THC squandered through pipe water absorption, the lower the THC proportion to total tars.

However, the study did not examine the vapor phase of the smoke, which contains a variety of toxic gases such as carbon monoxide, aldehydes, phenols, and hydrogen cyanide. Some of these gases are quite water-soluble and will thus be filtered out by water pipes. If this is correct, waterpipes may provide considerable health benefits. Of course, additional research is needed to discover whether the impacts of waterpipes are balanced, harmful, or beneficial.

Must Read:  How To Make A Homemade Bong?

Inhaling smoke using a cigarette filter is unquestionably a more dubious smoke filtration method. There are numerous inventive techniques for accomplishing this, but they provide no benefits. According to the NORML-MAPS study, cigarette filters have the same downsides as waterpipes, increasing the tars-to-THC ratio by around 30%. In contrast to water pipes, there is no reason to believe that cigarette filters will lower hazardous emissions. The study found that cigarette filters removed more than 60% of the THC from the smoke stream. In other words, to achieve the same amount of THC present in unfiltered joints, you’d have to smoke 2.5 times as much smoking marijuana through a cigarette filter.

The vaporizer is by far the finest alternative for avoiding hazardous smoke. The medically active components of the resin evaporate without the harmful damage caused by smoke or fire in these devices. The vapor is then inhaled in smooth, pure cannabis concentrations. The therapeutically helpful cannabinoids and terpenes are present in the resin outside the leaf trichomes, which vaporizes below the plant matter’s ignition threshold. The vaporized marijuana is dry and crispy but keeps its basic shape and greenish-brown color. Combusted marijuana, on the other hand, smolders into ash.

Since this book’s first publication a decade ago, vaporization technology has advanced dramatically. The technology was still in its infancy, and commercial models were not readily available. But, as you may have noticed, vaporizers are effective, and numerous kinds are now available.

It was found that the M-1 Volatizer efficiently delivered THC while eliminating three known hazardous hydrocarbons, benzene, toluene, and naphthalene, from the vapor content by California NORML and MAPS (Gieringer). The study found reduced carbon monoxide emissions despite not testing for several other compounds. The M-1 was an electric heater that fit over a pipe bowl and heated the sample. This is not the optimum design since it frequently overheats the heat source and underheats the lower layers.

Dr Donald Abrams of UCSF then tested the Volcano on humans (Abrams et al.). The study looked at THC delivered to the bloodstream by vaporization and smoking. The Volcano delivered a steady dose of THC to the subjects better than smoking marijuana. The Volcano’s efficiency may be due to the combustion of THC. According to Seed Supreme, the vaporizer users had lower amounts of carbon monoxide. Doing so potentially opens the door for future medicinal use of vaporizers.

There are numerous vaporizers on the market now. Dispensing devices for marijuana are still illegal, but they are offered lawfully as “herbal vaporizers” (vaporization does work on many other medicinal herbs and tobacco). A quick web search yields a wide range of gadgets priced from $20 to $500. The Volcano is the only vaporizer tested in medical trials. Of course, you may buy cheap glass vaporizer tubes that you fill with marijuana and heat with a cigarette lighter. Unfortunately, this design has many management faults, as too much heat might burn the marijuana, or not enough heat can leave it not vaporized.

Controllable heat is one of the most crucial features of vaporizers. Avoid models that heat the sample directly, as this can overheat the marijuana nearest to the source and underheat the marijuana farthest away. A common issue in early, primitive, and homemade designs was the over-reliance on hot plates for heat. The most reliable method of evenly heating a sample is to blow warm air through it.

Many vaporizers have automatic temperature control to help you achieve optimum results. Last but not least, consider convenience and portability. Like most other vaporizers, the Volcano is powered by an electrical outlet. Vape makers are racing to create portable, rechargeable devices.