HomeHerbsKratom And Other Natural Herbs For Euphoria 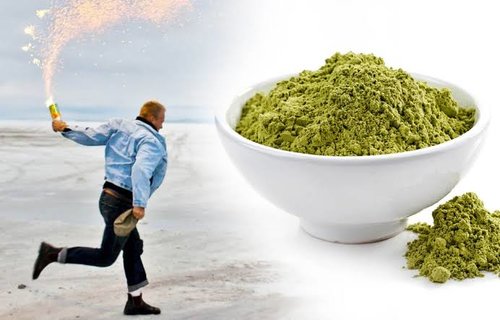 Herbs are a natural source of high medicinal benefits. These advantages include specific treatments for certain diseases and overall immunity boosters too. For centuries, people are using native plants and herbs to treat day to day problems, even chronic infections.

Herbs grow naturally on their own, in their respective regions. The climatic conditions of temperate and tropical are ideal for the growth, for a majority of them. But not all herbs are medicinal. There are many plants that are harmful or poisonous for health.

Only some herbs produce certain benefits, that too needs careful administration. The wise idea is to try them with the assistance of a professional and not try the self-medication.

Euphoria is an experience that provides certain benefits and pleasers for a person. According to the Oxford dictionary, the literal meaning of euphoria is,

“ A feeling or state of intense emotion and happiness.”

A more medical explanation of euphoria is to have an efficient state in which a person feels extreme joy. It is even comparable to ecstasy.

Medical Net defines euphoria as a boost in mood. It also narrates it to be a desirable effect that comes from anything that makes a person feel happy. It can be anything, from food, shopping, reading, sports to a romantic relationship. The extreme satisfaction and well-being lead to a state of euphoria.

There is a certain way to get a euphoric feeling. From the history of time, the plants are a source of medicine. Before the discovery and invention of chemical-based medicines, plants were the only cure available for diseases.

Evolution has helped plants in many ways. One of the most amazing things is to produce unique chemical compounds which are called secondary metabolites.

The purpose of producing these chemicals was to save the plant from herbivore animals, pathogens, other chemicals, radiations and other things.

Interestingly, many of these chemicals became active agents for several diseases. For this reason, herbs are a part of all traditional medicines.

Kratom scientifically called Mitragyna speciosa is the famous tree for the right reasons. Its effects are medicinal such as analgesic, anxiolytic, opiate withdrawal ease, etc. Also, the recreational effect is evident too. These include energy boost, stimulation, sedation, and euphoria.

Kratom has certain limitations for its use. It is high dosage sensitive, and there is no as such a way to determine its dose.

All the information available is mainly user experiences based. The legal status of Kratom is also questionable. Due to the extreme effects of high dose Kratom, legality is a challenge in many parts of the world.

The regular Kratom users sometimes feel a difficulty to get Kratom. For this, any alternative of Kratom can help too.

Like Kratom, there are several other herbs that can induce euphoria. Many of them are common whereas some are very rare to find.

Following is a complete list of herbs which are naturally euphoric. A user who doesn’t have Kratom available can try any of the following to get euphoria.

Clary sage is botanically named Salvia sclarea. It is a native species of Europe and a favorite ingredient for the famous German Muscatel wine. The reason to add it to the wine is the natural sedative capacity of it.

It has a soothing effect on the body and is helpful to calm the nerves. A consistent amount of both these effects are easy to induce euphoria.

The later researchers proved Clary sage to be used for stress, anxiety, and pains including a migraine. It is commercially available in powder and oil form.

The essential oil is used in aromatherapy for the same euphoric effect. It helps to reduce stress and fatigue.

Rosmarinus officinalis or commonly famous as rosemary is a renowned herb. It is an important part of many food recipes mainly the Mediterranean.

More than the culinary fame, it has high medicinal value. It is a nootropic that enhances cognitive powers. It also helps to regulate circulation and CNS functions.

Rosemary helps to reduce stress, anxiety and also reduces blood pressure. All of these contribute to making the mood better. A more long term use awakens the potential of sedation and euphoria.

For this reason, it is often a part of herbal teas. However, it is also available in dry leaves, powder, tincture, and oil.

Passionflower is scientifically called Passiflora incarnate. It is a local strain of Southeast Unites States. It is famous worldwide for the calming, sedative and euphoric potential of it. It has a first neuropharmacological potential which represents passion flower to be relaxant and sleep regulator.

The soothing effect is achievable through the herbal passion flower tea. As well. However, people on psychotropic medications need to consult their doctor before using passion flower in any form.

Valerian or Valeriana officinalis is an integral part of Chinese medicine. It also grows in Europe and North America. The chemical constituency enables it to be a helpful herb for treating stress, anxiety and irregular sleep patterns.

It is part of many herbal remedies. The modern studies prove that valerian root is also helpful for soothing effect and euphoria. It is a natural detoxifier and eases the withdrawal effects of benzodiazepines like Kratom.

Must Read:  Ashwagandha Health Benefits, Side-Effects, And How To Take It?

Akuamma seeds or Picralima nitride are a natural analgesic from the fertile lands of Africa. It is now available in the main parts of the world.

Being a natural analgesic agent, Akuamma seeds have specific alkaloid content. It makes Akuamma a potent antidepressant and energy booster with nootropic assistance.

It is a part of many traditional medicines to treat diseases like malaria. For stress and euphoria, Akuamma seeds are also useful.

Also, it is an opiate receptor agonist which makes it similar to Kratom by the mechanism of action. But the difference between the euphoric effects of Kratom and Akuamma seeds is that the influence of Kratom based euphoria is more long-lasting.

Akuamma seeds produce euphoria which is relaxing, stimulatory and mainly ends with extreme satisfaction. There are no harmful side effects, which means it is safer to use.

When we talk about Kratom, the closest herb by effects is Kava Kava. In fact, many people believe that these two are the same. Kava has been called “the root of happiness.” A crop of the Western Pacific, kava is technically classified as pepper, but don’t be deceived.

The kava root is much more than that. It provides relief in a stressful condition that calms the nerves and relaxes the mind.

Kava Kava in the form of tea is best to overcome everyday fatigue. It also regulates the sleep cycle, restlessness, and anti-convulsant.

The sedative abilities of Kava Kava and Kratom are very much alike. Both enhance sociability and confidence.

The closest species of Kratom is Mitragyna javanica. It is less popular than Kratom by all means. Both these species are from the same family and genus. They are more or less similar in appearance. The only difference between these two is by effects.

Kratom is a lot more potent than Mitragyna javanica which has similar alkaloids to relieve pain as Kratom but very less in quantity.

Mitragyna hirsuta is known as Kra Thum Knok which is an alternative of Kratom for the right reason. Like Kratom, it is rich in 7-hydroxymitragynine alkaloids. It has high bioavailability. The effects are less potent, but they show up for a reasonable time. It is also used as tea and powder.

Lactuca serriola or wild opium lettuce is a natural hypnotic and narcotic plant. It has incredibly sedative properties which are also analgesic by chemical count. It is also helpful for ulcers, asthma, insomnia, UTI infections and circulatory problems. Traditionally, it is used in tea form. It is also available in powder form.

Blue Lotus is the common name of Nymphaea caerulea which is a euphoric plant. It has sedative and aphrodisiac properties. It has a secondary name of Sacred Lilly of Nile. The health benefits of a blue lotus are calming, relaxing and moderate euphoria. These properties are comparable to Kratom.

A rather less desirable alternative of Kratom is marijuana. It has recreational effects for which it faces a legal ban in many parts of the world. Marijuana.

This effect is similar but not exactly the same. Both share a different mechanism of action. The medical use of marijuana is dosage sensitive and therefore needs careful administration.

By effects, it has some amazing benefits to offer. It has anthelmintic properties and mild euphoria to offer. The euphoric effects of the Combretum quadrangular are hallucination free and have no nausea and digestive effects. It means that it is a delicious substitute for Kratom, without the risk of side effects.

The plant Salvia divinorum is a plant with psychoactive properties. It is native to Mexico and is linked with stress relief, sedation and euphoric feeling. The efficacy of Salvia divinorum is less than Kratom, but it has some effect. It has no hallucinating effect which makes it a minor alternative to Kratom.

All of these plants are naturally rich with healing and euphoric effects. Kratom is somehow a lot hardy plant, but if it is not available, any one of these plants can help. Also, for the people who cannot stand the high effects of Kratom, a less reliable alternative can be constructive.

Before trying any herb, make sure that there is nothing to which it can interact. It is better to get over the unwanted effects before they hit a user. In the end, all herbs are beneficial which shows the benefits sooner or later.