HomeKratomKratom in Tennessee: Legal Status & Where to Buy

Kratom in Tennessee: Legal Status & Where to Buy 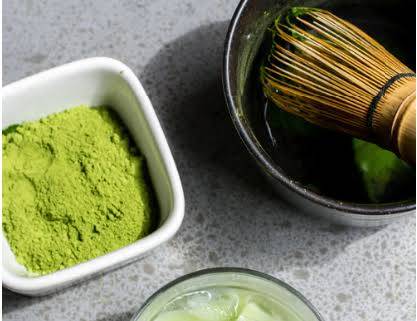 Kratom legality is one of the biggest current issues that has prompted an ongoing debate among lawmakers, government bodies -like FDA and DEA- and the Kratom supporters.

The arguments presented by both parties are supported by scientific research -which makes it all the more confusing for the people to decide and stick with any particular side.

Not only that, but Kratom has also been made illegal in many states and cities of the USA, namely; Alabama, Washington DC, Arkansas, Indiana, Tennessee, Rhode Island, Wisconsin, Vermont, and Columbia.

However, whether Kratom, also known as Mitragyna Speciosa is “a drug of concern” or “a beneficial botanical” is a question for another time, because one fact that remains true is that Kratom is helping millions of people in the USA, alone.

Kratom can be used as an analgesic, anti-depressant, fatigue reliever, and, most of all, as the ultimate cure for opioid addiction.

Although, because of the ever-changing Kratom laws in the states of US, it is getting difficult to decide whether Kratom is legal or not in a given state, we have done our best to collect all the relevant facts and details on Kratom legality in Tennessee.

Let’s get on with it!

Although Kratom is generally considered legal in Tennessee, Kratom trade and possession is authorized only when it is appropriately labeled and is in its natural form.

Furthermore, there is an age limit linked with Kratom regulation -meaning that you have to be above age 21 to buy Kratom in Tennessee.

What Are The Kratom Laws In Tennessee?

Kratom laws in Tennessee are pretty much clear cut. Kratom is legal in its pure botanical form all over the state, but with a few conditions. According to SB 2258 and HB 1832:

1) It is an offense for a person to knowingly:

2) For purposes of this subdivision:

History Of Kratom Legality In Tennessee

In 2014, Tennessee government officials pushed forward a law that made all the synthetic substances illegal within the state boundaries. It, of course, also included synthetic Kratom.

However, due to the unsure nature of this law, confusion remained as law enforcement agencies were often found arresting individuals possessing natural Kratom. As a result, there were some rumors that Kratom might not be generally legal.

In the bill, some amendments were suggested that could have banned the Kratom is Tennessee.

Howbeit, 25th April 2018 proved to be a good day for Kratom supporters as Senate and House Conference Committee sat together and recommended that all amendments concerning the Kratom ban should be deleted.

Further, some new revisions were made to the bill that made Kratom legal in Tennessee with some set conditions for the Kratom regulation in the state.

What Types Of Kratom Products Are Legal In Tennessee?

Whether you are interested in buying some good Kratom extracts or fancy some easily swallowable capsules -if it is 100% natural, you are always good to go.

Although it is unlikely that you will find impure or adulterated Kratom in Tennessee -as it is strictly regulated in the state, you still have to check the source and customer reviews so that you are assured about getting genuinely natural Kratom when ordering online.

What Is The Penalty For Going Against Kratom Laws In Tennessee?

It is essential to consider the fact that only 100% pure and naturally grown Kratom is legal in Tennessee.

Anyone manufacturing, delivering, selling, or possessing synthetic Kratom products are charged with Class B Felony and a fine upto $100,000.

Although it is quite evident in the Kratom legislature that natural Kratom is legal in Tennessee, there is still some perfuse confusion with the interpretation of Kratom laws.

The twist occurred when, on May 2018, Narayan Rabrindanath was arrested for keeping powdered Kratom in his car. He was charged with felony B for possessing schedule 1 drug.

Narayan’s representer called this whole situation “unreasonable, unreal, and un-American,” which of course, it was. Not only that, but such cases have taken place before too.

This misdemeanor has prompted the law enforcement agencies to admit that the laws concerning Kratom legality are indeed much confusing.

A spokesperson for the Tennessee Bureau of Investigation, Josh Devine, has admitted that the forensic laboratories in Tennessee and elsewhere can’t establish that whether the ingredients present in a given sample of Kratom are natural or synthetic.

The Attorney General for the state of Tennessee, Herbert H. Slatery III has also published an opinion, according to which,

Must Read:  How To Buy Kratom Seeds Online — The Purchasers Guide!

In answer to these speculations, the Tennessee Bureau of Investigations has agreed with the General Attorney that people carrying pure Kratom should not be wrongly prosecuted.

According to the spokesperson, “The TBI upholds and enforces the law, and will follow the Attorney General’s opinion in accordance with state law.”

Kratom, in its natural form, is legal in Tennessee, but will it remain legal if the federal government were to push a ban on Kratom?

Well, of course not!

We all know that laws enforced by the federal government can impact all states of the USA, including Tennessee.

Government bodies like Food and Drug Administration (FDA) and Drug Enforcement Agency (DEA) are of the view that Kratom is “a drug of concern” and should be made illegal on a federal level.

There were even some talks of making the drug illegal by classifying it as a schedule 1 drug in 2016.

Also, FDA has not authorized the use of Kratom as a treatment for fatigue and pain relief, opioid addiction, depression, and cancer treatment. Furthermore, they have explicitly said that Kratom can itself cause drug dependency and even death.

Nevertheless, American Kratom Association has disproved it by calling the above concerns baseless.

According to them, Kratom is a safe drug. However, its illegal use and drug reactions with other medicinal substances can cause harmful effects.

They have also urged the research institutes to conduct more researches on the unknown drug reactions of Kratom with various medicines.

Besides, false propaganda laid out by the wrongful media reportings of the so-called deaths caused by Kratom has also spread some unease in public about Kratom use. All of this has caused the States to contemplate and go through the Kratom laws again.

Nonetheless, it has also prompted the need to learn more about Kratom and determine whether it is a dangerous drug or a beneficial botanical.

The National Institute of Drug Abuse (NIDA) issued 2 million grants to the University of Florida to conduct more research on Kratom’s properties earlier this year – which is a positive step for deciding Kratom legality in the US for once and for all.

The public must realize that it is also their actions that are either spreading the right word or the wrong word about Kratom.

The rules are the rules. If your state law says that synthetic Kratom is illegal in your state, you shouldn’t find some wrong ways to buy it.

Abiding by the law will not only shed a positive light on Kratom’s reputation, but you will also be saved from some severe penalty.

Furthermore, it is also essential that you learn and understand all the facts about Kratom. It is only possible to educate those groups in the government that wants to ban Kratom in the USA if you know yourself all the relevant facts.

Also, you have to remember that groups like Botanical Education Alliance and American Kratom Association are continually fighting battles against the Kratom ban in several states.

Yes, this is the biggest reason for you to raise your voice in support of Kratom. Educate yourself and let your presence show.

You can learn more about Kratom on American Kratom Association’s Science page and contact your representative here.

Where Can You Buy Kratom Locally And Online In Tennessee?

Now you know that Natural Kratom is legal in Tennessee, let’s talk about all the best places where you can find 100% pure and legal Kratom.

Here are some excellent online places, we know of:

It is not difficult to buy Kratom in Tennessee, as it is entirely legal in natural form. If Kratom is labeled and you are above 21 years old, it is entirely safe to buy this beneficial botanical.

However, it is advised to keep Kratom in labeled containers only, as there is no other way of knowing if it is natural or not without any labels.

Further, with all the best shops present in Nashville, Knoxville, and other cities of the state, we can assure you that you can find pure and legal Kratom easily in Tennessee. Just don’t forget to do your homework and good to go.