Does Kratom Help With Fentanyl Withdrawal? 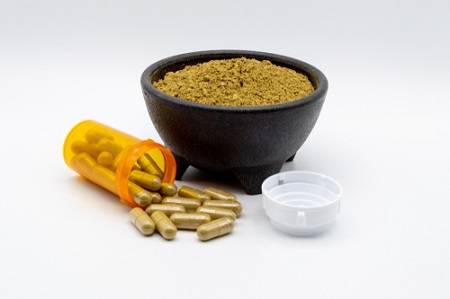 Kratom has been a wonder drug when it comes to treating Opiate withdrawal symptoms. Though so far it has not been incorporated into the prescribed regimen, yet many people continue to use it for Opiate withdrawal.

The increasing popularity of Kratom as a saviour is due to its properties and the fact that it doesn’t cause dependence or tolerance to an extent as severe as Opiates does. Today we will discuss the role of Kratom in Fentanyl withdrawal. On the streets, fentanyl is commonly called as China Girl, Dance Fever, TNT, Tango, Jackpot, Goodfella, etc.

Fentanyl is considered as one of the most potent synthetic opioid analgesics which act like that of morphine but with a potency higher to that of morphine. It is a schedule II prescription drug that is given to patients postoperatively and sometimes to deal with chronic pain. It is administered by the form of injection, tablets or a transdermal patch.

Just like heroin and other Opiates, Fentanyl binds to the Opiate receptors present in the brain. It drives up dopamine levels, enhances the activity of the reward areas of the brain, helps in controlling pain, produces a state of euphoria and relaxes one.

At the same time, it also causes constipation, sedation, builds up a tolerance, addiction, respiratory depression resulting in unconsciousness, coma and eventually death.

Why is it important to withdraw from Fentanyl?

It is important to withdraw from Fentanyl because it is a highly potent Opiate that can cause respiratory depression to the extent that can cause immediate death. It is said that Fentanyl is 50 to 100 times stronger than morphine, which is why it causes severe dependence and can lead to the worst form of addiction.

Usually, people use morphine and heroin to feel the Opiate-like effects, they are unaware of the potency of Fentanyl, and they take doses of Fentanyl which can prove fatal.

Kratom is the magical herb that has stepped into the market of herbs and drugs to bring about a considerable change. A natural herb that is grown in the countries of Southeast Asia, it has gained its importance as a potent herb for Opiate withdrawal with little or no side effects at all. Generically called Mitragyna Speciosa, the leaves of this plant are dried and used to make natural herbs.

The leaves of the plant come in three varieties; red, green and white with variable properties. These leaves contain the essential alkaloids Mitragynine and 7-hydroxy mitragynine which form the active ingredients of Kratom. Kratom comes in various forms.

It can be used in the form of powder, capsules, tablets, tinctures, extracts, etc. It has both stimulating as well as relaxing properties. At low doses, it tends to be more refreshing while at higher doses it causes significant sedation but no respiratory depression or coma.

It also creates an enhancement of cognitive skills and thought processes, along with euphoria, increased attention span, and relaxation of muscles and alleviates anxiety and stress.

How can Kratom help in Fentanyl Withdrawal?

Must Read:  A Comprehensive Guide On Red Borneo Kratom

These neurotransmitters are responsible for alleviating anxiety, elevating mood and boosting energy and confidence levels. This is much needed during Fentanyl withdrawal because the patient suffers from severe withdrawal symptoms like irritation, low mood, lethargy, fatigue, anxiety, depression, abdominal cramps, constipation, etc.

Kratom also regulated the pain pathway by posting the action of enkephalins, endorphins, and dynorphins. Thus the pain associated with Fentanyl withdrawal is reduced to a considerable extent.

What additional information do I require when using Kratom for Fentanyl withdrawal?

Kratom comes in a variety of strains. Each of these strains has unique properties, and it may be difficult for a person to use all these strains.

Therefore, we are providing you with a brief guideline. The red Kratom strains are considered more stimulating while the White ones are considered sedating. You can incorporate both into your withdrawal regimen to get rid of insomnia as well as get stimulated.

Is Kratom safe to use?

Kratom is safe to use for Fentanyl withdrawal as it has a lower chance of causing depending or tolerance. It doesn’t cause respiratory depression or coma. The side effects of Kratom are limited to nausea and vomiting which occurs due to the bitter taste of Kratom.

No case of fatality has been reported due to Kratom so far. Kratom should not be taken by those who are suffering from cardiac or renal diseases. It shouldn’t be taken by patients taking anti-depressants, anti-hypertensives and MAO Inhibitors.

What dosage of Kratom shall I use?

The recommended dosage of Kratom is between the ranges of 2 to 6 grams as at this dose one feels maximum stimulation and this dose don’t cause speedy tolerance or dependence. You can increase the dose if you are tolerant of the effects of Kratom. The dose of Kratom extracts and tincture should be very low.

Yes, it is highly dangerous as at high doses Fentanyl can cause cessation of breathing leading to coma and death.

Can I use Fentanyl recreationally?

No. Use Fentanyl only when prescribed by a doctor and do not exceed the dosage. Report side effects to your doctor immediately.

Does Kratom make you high?

Yes, to some extent it does make you high because it has an effect of causing euphoria, but this may not be the case for everyone.

Which Kratom strain do you recommend for Fentanyl withdrawal?

For how long shall I use Kratom for Fentanyl withdrawal?

Typically, withdrawal occurs within a week, but you may continue to use Kratom if you experience symptoms of withdrawal. However, do not use Kratom for more than two weeks as it may cause dependence.

Previous article
The Top 15 Health Benefits Of Kava Kava Root Powder
Next article
How Long Does Kava Tea Stay In Your System?