HomeKratomWhat Is Kratom And Is It As Dangerous As...

What Is Kratom And Is It As Dangerous As People Say? 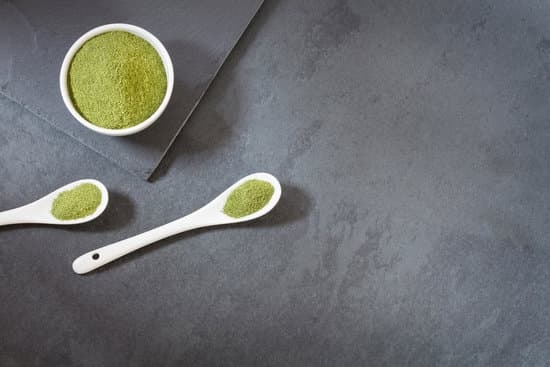 Over a decade ago, a new plant Kratom, grabbed the attention of the world. Today the world should be thankful to the botanists who discovered Kratom from dense Asian forests for the world to see. The status of Kratom is still controversial. The high alkaloid count makes it helpful to get multiple effects. However, it is not approved by the Food and Drug Administration (FDA).

The most common reason behind this is that “FDA & DEA has identified Kratom as a drug of concern,” but they lack the scientific evidence that proves it is more dangerous than the relevant species plant: caffeine.

This ban is not over the entire USA, but only a few states have it. Many Kratom centers are running in the major cities and online vendors that provide the delivery at the doorstep.

Despite being on a ban, the sales of Kratom are reaching the sky. It is now open for a new debate topic that if it is harmful for human consumption or not. This article is a complete description of the benefits and risk factors of Kratom.

Mitragyna speciosa Korth (Kratom) shares the family of coffee, i.e., Rubiaceae. The local areas of growth are strong with Kratom plantation. It was always available for the locals as a recreational plant for chewing. Original Kratom grows into the thick forests. The leaves have three subtypes as per venation, which is red, green and white leaves.

For centuries, Kratom was popular as a stimulator, pain controller, stress release, and much more. Traditional Asian medicine has proof or Kratom as one of the oldest plants in the region. Although it is not legal but popular as herbal medicine, it is now available in the whole world for purchase and shipment.

Why is Kratom a peculiar plant?

Kratom is a 4-16 meter tall tropical tree of Southeast Asia. The prime areas of its growth are Thailand, Malaysia, Indonesia, Borneo, and Papua New Guinea. It is available in leaves, powder, and supplement form. A less common form is the tincture. Some of these forms are more powerful, and some are not.

The effects of Kratom are mainly psychoactive. The bio-active compounds of Kratom help initiate these effects. As per new research, 20-25 alkaloids are abundant in Kratom plants. Mitragynine and 7-Hydroxymitragynine are the two most common alkaloids which are thrice effective than morphine. The quantities of these alkaloids are higher and lower in different strains, which is why the effects of each strain are different.

How to use Kratom?

Like all other plants, Kratom is a plant too. It has bright green leaves that have those potential alkaloids. These leaves after drying a crushing take the shape of fine powder. This powder is bright green to brown by color. The same powder is inside capsules. A little different version of Kratom product is the tincture.

The final product to use can be anything from powder, capsules, and tincture. The methods to intake Kratom are different as per user. The process is as follows.

The effects are highly dependent on the dosage. If the dose is small, effects will also be short term and minor. A high dose brings greater results, which are long-lasting as well. Usually, 1-3 grams is the low dose, 3-5 grams is moderate, and 5 grams and more is a higher dosage.

Why is Kratom not legal?

Kratom is open for trade in us in the main states of the USA. The exception is only a few states which hold a ban on Kratom and its products. FDA has never proved Kratom as a healthy product. This restriction is due to the risk of Kratom addiction.

Not just the USA but various other countries, including Indonesia, Malaysia, and Myanmar, suffer too. It is illegal to buy and sell Kratom in these areas. Kratom is illegal in Thailand since 1943 for the same reason.

The constraint on Kratom by FDA is now under reconsideration. Kratom has lately endorsed for the medicinal research. It is a hot study topic for scientists. It means that soon it will be completely legal in the whole world.

What are the best effects of Kratom?

Opiate Withdrawal is the best anyone can get from Kratom. It helps to get over opium addiction most safely. The abundant alkaloids are so potent that they can wash away the addiction in a significant time. Chewing the raw leaves is equally high as that of taking powder or capsules.

Hypo-ventilation is an extreme side effect of opiate addiction. Kratom, on the other hand, is rarely addictive, but it has absolutely no hypoventilating effect. It will not crash the respiratory system or harm the body like other additive elements. Nothing can be any better for withdrawing the effect safely.

Energy elevation is another noticeable effect that increases a person’s productivity. This energy boost is more likely to be error-free. Caffeine and other natural stimulants control metabolism and affect heart rate too. Kratom has no such end. The energizing effect of Kratom is more natural and safe.

Pain control and management are a big reason to take Kratom. It is a self-administrative method that makes a person get rid of all types of pain. The alkaloids attach themselves to the opiate receptors in the brain. This attachment numbs the sensation of pain for long.

Social Boost is a common effect of Kratom. It is prominent even in smaller doses. Kratom itself is anxiolytic, which means it will prevent the body and mind from taking the stress.

Additionally will add confidence to a person and make him feel better. The positivity which Kratom induces helps in many ways whether the user is a student or a professional

Among the natural aphrodisiacs, Kratom is the new addition. With the help of all benefits of the alkaloids, Kratom increases fertility and improves sexual health. It is still unknown why Kratom does that. But this effect is helpful for many users.

**All these effects are the most common among users. However, there is no such research to tell if they are the same for each user. For beginners, the small dose brings visible effects. For regular users, the effects may not be the same in small doses.

Why people blame Kratom to be dangerous?

Kratom has all the benefits to offer for all users. It is available throughout the world through online vendors, despite being illegal in many regions. Still, many people believe it to be harmful and a dangerous thing to use. The following are a few aspects that imitate this idea.

Whenever someone hears that it is still not legal in many parts of the world, it naturally comes to the mind that it will have some danger with it. Most of the people just don’t care to research this assumption and spread it to others. The real reason behind the FDA’s ban and illegality of the Kratom business has its causes and repercussions.

The risk of addiction makes people question their safety measures. Many users propose that Kratom makes them physically dependent on it. Recent research studies suggest that it is due to the highest alkaloids available in the user’s body.

The sedation and euphoria from Kratom are way different than opiates. It is intense but less intense than all other things. But blaming a word for its harmful effects is like totally ignoring how is anyone taking it. These effects are not common in small doses.

Only the highest doses induce them. No one recommends using Kratom in such large amounts.

Another complaint which people coin up is digestive issues. It can make anyone’s stomach upset and even nausea. Extensive usage of higher Kratom strains can create the seizure and live damages as well as extreme dehydration.

The psychological damages such as delusions, hallucinations, loss of appétit, mood swings, social fears, panic, stress, and lethargy are a few things which one can suffer.

The actual reasons why these side effects are common are less known. The high amounts of alkaloids in overdosing is the real culprit. The excessive dosage is over 10 grams. Some users take extremely high doses, which is 20-30 grams. This excessive amount is highly damaging, which induces all the up listed side effects.

Final thoughts on dangers of Kratom

While Kratom is gaining high-end popularity, it is still controversial for the side effects.  It brings the heat up when real life damages are in front of the user. It is a matter of debate whether or not Kratom is responsible for these effects for all users. The side effects are small common in low doses. These effects are most prominent in end users that mix Kratom with other drugs.

Despite all the negatives of Kratom, it is a hot topic of research for now. The scientists are working to refine the uses and damages with control. It is still illegal in many parts of the world, but the chances are that research will provide a safer way to make it legal. Either the strain or the dosage needs the careful administration to avoid the harms.

The benefits are still more than negatives. The studies and research will promote safe use practice, dose, and treatment. Once these measures are here, there will be a more controlled Kratom usage like natural medicines.