Is Kratom Legal in Canada – Rules And Buying Guide 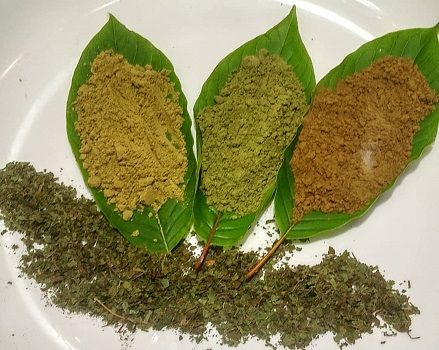 At this point, I think most people are aware of what Kratom is and what it does. Mitragyna speciosa is a tree closely related to the coffee family. Found in Southeast Asian countries, this tree has many medicinal as well as recreational uses. Kratom obtained from this tree can be consumed in various forms, including capsules, pellets, powder, etc. You can also use it to brew a cup of tea or have it as a delicious milkshake.

Is Kratom Legal in Canada?

There is no simple answer to this question. We cannot say a definite “yes” or “no.” The legal status of Kratom in Canada is quite unique. I’ll try my best to explain it to the readers.

First, we’ll have to look into the official legal structure that is in place in Canada.

What are the Official Authorities that govern controlled substances in Canada?

In Canada, the regulation of all the food items, drugs, controlled substances, and food supplements is under the jurisdiction of two authorities. These are the CFIA (Canadian Food Inspection Agency) and Health Canada. Let us have a closer look at both of these.

The CFIA is an official government body whose aim is to conserve the rights of every form of life in Canada. Their mission, in their own words, is to “safeguard food, animals, and plants, which enhances the health and well-being of Canada’s people, environment and economy.”

Health Canada is a department of the Government of Canada whose purpose is to provide state of the art health facilities to all Canadians. Their aim is to help Canadians maintain and improve their health. You can think of Health Canada as the Canadian counterpart of the FDA.

What is the role of the CFIA and Health Canada regarding the legality of Kratom?

As mentioned above, both these authorities aim at the well being of the Canadian people. In order to do so, they have to regulate all the newest drugs and food supplements that are introduced in the market. Kratom, though grown for centuries, became popular around the world during the last 20 years. Still, the benefits and the harmful effects of Kratom are a hot topic for debate among various communities and authorities.

Both these authorities have classified Kratom as a Herbal product. They say that it has severe consequences if inhaled or taken orally. According to them, there is also the potential for abuse and dependence.

Finally, is Kratom legal or illegal in Canada?

As mentioned before, the answer is complex, but it can be summarised as follows: “Kratom is legal to import and possess in Canada for personal uses. But, the official authorities have banned it for human consumption.”

So does it mean I cannot consume it?

Then how do Kratom Vendors operate?

The vendors and distributors have found a way around this regulation. Since Health Canada has classified Kratom unfit for human consumption, these vendors have started putting labels on their products, saying, “Do not consume.” This way, the problem is solved, and their products become legal. Some sellers use another tactic. They sell their products for aromatherapy and soap making etc. and in this way their sale becomes legal.

What is the punishment for selling illegal Kratom in Canada?

As such, there is no defined punishment for this offense. Health Canada seizes all the products of that vendor, and that is all. No fine or jail-time is imposed. That vendor may face further prosecution in the future.

What are the different strains of Kratom that you can find in Canada?

There are many strains of Kratom, each having its own benefits and side-effects. Some of the most popular strains in the market are:

Each strain is priced differently and has an entirely different set of effects as compared to the other.

Should Kratom be Legal or Illegal?

In the USA, the FDA and the DEA have tried to ban the sale and consumption of Kratom. The DEA tried to convince the senate to classify Kratom as a Schedule 1 product. Similarly, in Canada, Health Canada has been trying the same. They back their arguments by saying that the chemistry of Kratom resembles opioids, and thus it has a potential for dependence and abuse.

On the other hand, the pro-Kratom activists have continued to call for more research so that the hidden benefits of this natural product can be explored. There have been some studies that show that there is a limited potential for abuse. But at this point in time, when there is not enough research, everything should be taken as a grain of salt.

Recently, a John Hopkins Survey showed that most Kratom users reported many benefits of Kratom consumption, including pain relief and treatment of opioid withdrawal.

If we take into account all the available evidence, we can conclude that Kratom has many beneficial effects. But at the same time, it has some potentially life-threatening side effects, although these are rare. Our two cents on this matter is that you must consult your doctor before taking any drug or food supplement. Regarding the legality, we think that it should be legal but regulated.

If you are in Canada and plan to buy Kratom, don’t worry because it is totally legal to possess. But, the sale of Kratom for human consumption is illegal and it is a punishable offense.

Where To Buy Kratom In Every Province In Canada

Based in Montreal, this store sells different strains of Kratom. The products are available mostly in powder form. The customer service is excellent.

They are located in Lantzville. They sell stem and vein Kratom powder. The delivery is safe and swift.

They are an online business. The products available include green vein, white vein, red vein, and some other strains of Kratom. They also have Kratom soaps.

This is one of the highest-rated stores with a rating of 4.9 based on 18 reviews.
Website: https://hmgkratom.ca

This is an aromatherapy supply store. They offer green maeng da, red maeng da, red Bali, and some other strains. The staff is knowledgeable and super nice.

As the name implies, it is located in Edmonton. They have an amazing selection of all the popular strains of Kratom. It has a rating of 3.4 out of 5 based on 8 reviews.

This multi-purpose store is located in Montreal. They have everything you need. From different strains of Kratom to clothing and bongs, you can find anything here.

Previous article
Where to Buy Kratom in New York as a Tourist?
Next article
Top 10 Favorite Kratom Stores In Harris County, Texas