HomeHerbsKanna vs Kratom- How Both Share Similarities And Differences 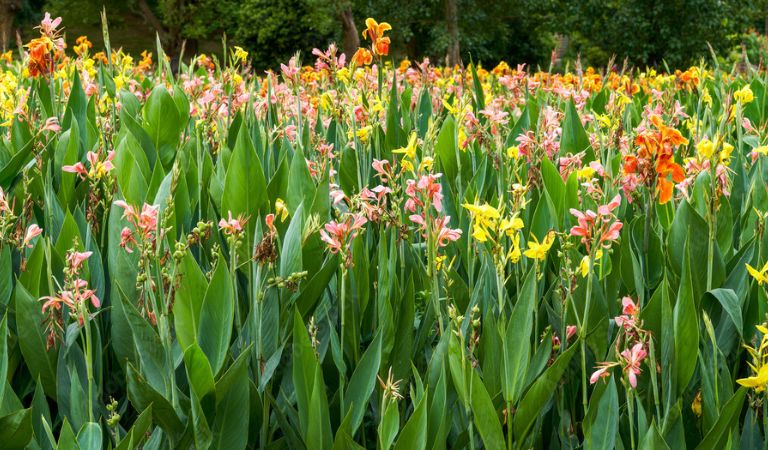 The herbal industry is flourishing with tons of products as more and more people want to enhance their health. You must know which product is worth it and what doesn’t. Many need clarification about Kanna, a new herb in the town. Some think about how Kanna can be an alternative to Kratom and which similarities and differences both have.

Are you confused about whether to consider Kanna or Kratom? Here is the catch. To help you understand Kanna & Kratom, we have devised a guide looking at every aspect of both herbs. You’ll find everything in this article, from Kanna & Kratom origins to their brief comparison.

Let’s delve into the details;

Kanna, also known as Sceletium Tortuosum, is a flowering plant that has its origins in South Africa. This magical plant has been used for ages by native people for medicinal purposes. Previously, the essence of leaves was chewed, but now it is crushed to make a fine paste.

Kanna has the same structure as Kratom, and the main compounds are Mesembrine and Mesembrenone. To make a fine paste, you must dry out the flowers, but to make the Kanna extract, you must extract the plant’s alkaloids. Kanna is available in almost all parts of the world.

On the other hand, Kanna might not be as well known as Kratom. But it also possesses vital health benefits. Let’s take a quick look at that;

Kratom, also called mitragyna speciosa, is derived from an ancient tree in Southeast Asia. These trees have been around for thousands of years. Kratom must be crushed to make a product that would benefit the users.

It has been known to possess many uses, and people tend to use Kratom for its immense healing property. The Kratom tree has two main compounds (mitragynine and 7-hydroxymitragynine) that affect the brain, provide an analgesic effect, and reduce anxiety. Kratom is available in Southeast Asia and can be found anywhere in the world.

Kratom has many potential benefits for health, some of which are given below;

In What Forms Are Kanna & Kratom Available?

Kanna and Kratom are available in many different forms according to their specific purpose. Kratom is found mainly in powder form, which can be mixed with other essential ingredients. It can also be inhaled, but it is recommended not to inhale due to associated side effects.

Is It Possible To Mix Kanna & Kratom?

There has been no evidence associated with the increased benefits of the Kanna & Kratom mixture, but there is no limitation on mixing the two herbs. Some try to mix Kanna & Kratom with the intention of more enhanced effects and some to gain instant results. The main thought behind mixing two herbs is to start feeling better in a short duration of time.

The main downside to mixing Kanna and Kratom is that you don’t know how it can present side effects. Using the mixture without estimating the risk can lead to significant side effects like nausea and respiratory difficulties. There can also be more health risks if the mixture is abundant. So, it is advised to consult the expert before mixing and using the combination of Kanna & Kratom. So, take caution in mixing Kanna & Kratom.

Kanna and Kratom have many similarities yet many differences. Both herbs have numerous benefits, including boosting mood, reducing anxiety, and pain relief. Here is the comparison of Kanna & Kratom;

How To Take Kanna And Kratom

There are many ways to take Kanna and Kratom. Let’s delve into an insight;

There are many different approaches to take, Kanna. Some of them are given below;

Kanna tea can be made the same way green tea is prepared. But you might find it less tasty. The disadvantage of taking Kanna in tea is that it loses some of its effectiveness. It is the best method for beginners, so your body can get used to it.

Another method to take Kanna is orally in the form of capsules & extract. If the tablet or capsule is placed under the tongue, it is more likely to be absorbed.

You might wonder why Kanna is one of the most renowned ways to take Kanna. That would produce immediate effects if snuffing Kanna is involved. If you are sensitive, you should take caution as it can cause nose bleeds.

Approaches To Use Kratom

As Kratom has a reputation for bitter taste, you can choose capsules or tablets to ingest quickly without any inconvenience.

Kratom tea is one of the best-known approaches to taking Kratom. It is not difficult to make Kratom tea. Simmer the kratom powder, do not boil as boiling would burn all the essential alkaloids.

That is the most direct method to consume Kratom that guarantees immediate effect. You must measure the desired amount of kratom powder and take it orally with water or juice.

Two main compounds (mitragynine and 7-hydroxymitragynine) in Kratom pose a legality threat. Some regions of the United States have banned Kratom, such as Rhode Island, Wyoming, Vermont, and Indiana. In short, only two alkaloids face ban issues, not the whole of Kratom. Kratom has legality status issues across the world. Thailand banned this herb in 1940. Kratom is partially banned in many countries like the United States, Canada, and some European countries. Kratom can be purchased online without facing too many difficulties. Kratom is illegal in Denmark, Malaysia, Myanmar, and Thailand.

But if we talk about Kanna, that is available and holds legal status. This herb doesn’t face ban issues like Kratom, so users choose Kanna as a Kratom alternative. In terms of legal status, Kanna has the upper hand. But the downside of Kanna is that it is not as popular as Kratom and lacks evidence-based clinical studies. Kanna differs in legal status specific to different countries. It faces some issues in Germany, where it is allowed to buy but not to sell. This herb is readily available in South Africa without any restrictions. If you want a herb with fewer legal issues, Kanna is the best alternative to Kratom.

People have been engaged in a lot of debate on Reddit about whether Kratom is more effective than Kanna. Over here are some prominent user reviews;

“I’ve been ingesting kratom tea for about 12 months now, and I love it. I use it for nervousness and depression, which boosts my temper. I don’t experience sedative effects as some experience. I’ve tried discovering choices and have tried a few. Kava, I’ve in no way liked it. It is intoxicating for me and not what I’m looking for. I would no longer suggest kava at work. Kanna has been the most helpful herb for me so far. In my first experience, I mixed it with lemonade with an equal dose of kratom, about a little over a teaspoon, and almost had an anxiety attack. When I bought Kanna, I got frightened and panicked, and I was now not predicted due to the fact I by no means obtained that from kratom.”

Another user shares his experience with Kanna and Kratom and compares the two herbs;

“For mood, I tend to use kratom and to induce euphoria, Kanna.  Kratom numbs and desensitizes the emotions, but Kanna intensifies the emotions. Kratom is a pain killer; if you are fine with using it recreationally, you can use it.”

If you are looking for a quick guide on Kanna vs. Kratom, our focus is best to clear all the ambiguities. Kanna can be the best alternative if you seek a new herb and avoid legal issues. Both can benefit your health, and you are advised to start with low doses to avoid side effects. This article is meant to be an educational guide; consult your healthcare provider before using Kanna or Kratom.