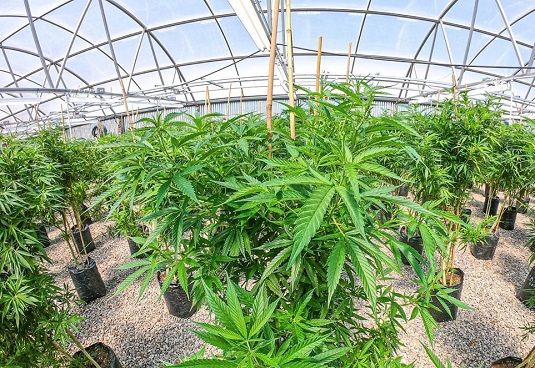 CBD, also known as Cannabidiol, is the second most prevalent cannabinoid in marijuana and the top non-psychoactive cannabinoid found in hemp, which is an organic plant from the variety of Cannabis sativa plant species. CBD oil is derived from the plant’s secretions in an industrial process using alcohol or carbon dioxide extraction.

CBD is one of over 60 plus naturally occurring cannabinoid compounds found in Cannabis. Recently, it has gained a lot of popularity with people who are looking for relief from inflammation, pain, anxiety, psychosis, seizures, post-traumatic stress, menstrual cramps, insomnia, nausea and a wide range of other mood disorders.

CBD has become a rising star, because unlike THC, CBD does not cause any feeling of high, which includes symptoms such as giggles, paranoia, or couch-lock. This specialty has contributed to its legalization across many states in the United States.

What is Industrial Hemp?

It is an organic plant that is typically found in the northern hemisphere, grown either domestically or internationally. It is supplied by over 30 countries, with France producing more than almost 70% of the world’s output.

China comes on second with about a quarter of world production. The rest of it is grown in different regions of Europe, Chile, and North Korea. Industrial Hemp contains government-regulated low concentrations(less than 0.3%) of tetrahydrocannabinol (THC) and higher levels of cannabidiol (CBD).

Though many CBD companies source their industrial hemp grown with organic practices, hemp, in general, is not an FDA certified the natural product. For safe consumption, it is recommended that industrial hemp is tested consistently for contamination and is approved pesticide-free.

CBD oil extraction – the use of hemp plant

After cultivation, the hemp plant matures in about three to four months. It is then harvested and taken to an extraction facility where it undergoes either ethanol extraction or carbon dioxide extraction.

If the oil is made with neurotoxic solvents such as butane or hexane, it may leave unsafe residues in the final product which will result in compromised immune function and impeded healing.

This process is considered the most efficient technique in extracting not only CBD oil, but also some other useful terpenes and the potent antioxidant Vitamin E.

The process involves adding high-quality ethanol as a solvent, producing an adequate volume of full-spectrum extract. When performed at very low temperatures, ethanol is also able to remove unwanted components such as chlorophyll from dried hemp.

This procedure although not that effective, is still the most widely used and popular method of removal of CBD oil.

It involves filtering plants through a series of chambers that control temperature and pressure, isolating the oil from the hemp plant. The extract typically is of green color and has a vigorous plant smell due to the presence of chlorophyll.

3. Purification of the plant extract

Once the extract is obtained, it is refined by removing unwanted plant components. These include plant phytochemicals such as chlorophyll, which is separated from CBD oil through chromatography.

CBD oil interacts strongly with the chromatography media, thus traveling a shorter distance compared to other substances in the extract. The oil is isolated while the rest of the materials are disposed of. The purified extract is then decarboxylated by heating it.

Must Read:  Where Can I Buy Pure CBD Oil in Georgia?

This removes the acid functional group from the organic compound, converting CBDA into CBD. Without the acid group, the compound is more efficient and immediately interacts with the endocannabinoid system, bringing a more extensive range of uses to the human body.

How does CBD affect the functioning of the human body?

Unlike THC, CBD is not a psychotropic drug and does not interact directly with the two classical cannabinoid receptors (CB1 and CB2). It, therefore, doesn’t alter our perception of reality or produce a feeling of euphoria.

It does, however, interact with the body’s endocannabinoid system, which is a group of millions of receptors, found throughout the body, but most abundant in the brain and central nervous system.

CBD acts on these receptors inhibiting the enzymes that break down endocannabinoids, leading to an increase in our body’s naturally-produced cannabinoids and helping in regulating various cell activities.

CBD has been legalized in all 50 states of the U.S and made available to the public without a prescription. The administration of this drug, has, therefore, taken many forms.

People consume CBD through various methods, depending on their needs, their surroundings, and their lifestyles. Some types of CBD consumption are;

This is a form of oral administration, where encapsulated CBD oil is swallowed with a glass of water or any other drink. This method of consumption is the easiest and perhaps the most sought out way of taking CBD.

CBD can also be inhaled in it’s vaporized form. This is the most effective form of consumption, with the effects of the drug felt almost immediately.

Vaping, unlike smoking, is a safe form of administration. Since it is not in the combusted state, Vaporised CBD doesn’t contain any ashes, and so it doesn’t irritate the throat or damage the lungs.

Topical CBD-products are non-psychoactive, no matter what percentage of TCH is present, these products will not make a person high. They are best used for their anti-inflammatory properties and help people suffering from arthritic joint pain, or muscle aches, find relief.

These usually come in dropper bottles and are used by patients who have to take doses throughout the day. They can be either made directly or added to food or drinks as per the satisfaction of the individual.

The drug is sprayed under the tongue, which is directly absorbed by the mucous glands in the mouth, bypassing the digestive system and the metabolic pathways in the liver, hence, this is also a faster method for delivering the drug.

Does CBD oil have any side-effects? Cannabidiol safety in humans has been well researched, with aims to determine all possible side-effects of the drug. The studies have concluded that CBD doesn’t present any adverse threats to human health.

Some even debate that CBD is beneficial and should regularly be taken in the diet. There are a few cases, however, where CBD intake has caused dry mouth, tiredness, diarrhea and decreased appetite. These conditions are usually very insignificant and can be neglected by the many benefits that CBD offers.