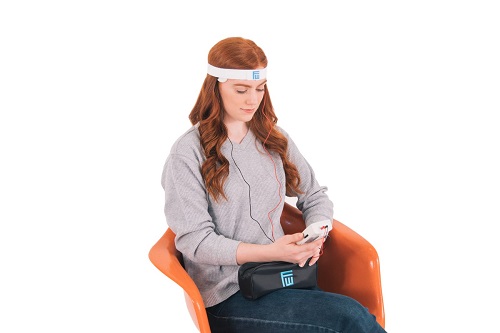 According to a study of National Trends in the Prevalence and Treatment of Depression in Adolescents and Young Adults, one in five teens suffers from clinical depression.

However, the state is often associated with feeling down or blues. Adolescents often experience many physical, mental and emotional changes at this stage which leads to overreaction and disappointment.

When the disruption in mood affects their ability to perform and carry out daily routine, then it may direct towards a more severe problem which can be adolescent depression.

Depression is a serious mental illness that affects how a person feels, thinks and acts. It includes a feeling of hopelessness, restlessness, and panic. It can also lead to a variety of emotional, mental and even physical problems.

Likewise, it decreases a person’s ability to work when a depressed person doesn’t enjoy life and is taken over by sad feelings.

Patients often try to look out for things to calm themselves and at the same time they want to hide their true feelings. In severe depression, they start using drugs. They seek relief in using drugs as its quick and easy to access.

This can cause weight gain, constipation, and insomnia. This is how; depression affects the whole functioning of the body and takes over the control of our brain.

Many mental treatments have been introduced by doctors that include certain medications, joining help groups, consulting psychologists and much more to cure the disease and help patients lead a healthy life.

One of the very effective and recent cures introduced is the use of Fisher Wallace Device.

The effectiveness of Fisher Wallace has been recorded in many studies. It’s used to cure depression, anxiety, insomnia and many more.

A study in journal of the Nervous and Mental disease shows that patients suffering from depression who received daily treatment with Fisher Wallace experienced a significant reduction.

Most of the fast curing medications are health risking but not Fisher Wallace Stimulator.

Many healthcare laboratories approve it, also recently approved by Food and Drug Administration (FDA). They have marked it safe for use by people without any medical supervision.

How to use the Fisher Wallace depression treatment?

The device is designed by leading engineers and doctors to provide a solution that efficiently cures depression. It uses special waveforms that stimulate the brain to produce neurochemicals such as serotonin.

These neurochemicals are responsible for keeping the mood happy and positive. It is the size of a game boy and comes with a prescription that provides you a thorough guideline of its functionality.

All you need to do is strap up the two sponge-coated electrodes on your head for 20 minutes which generates low-level current to your brain.

The Fisher Wallace stimulator seems to be a new breakthrough in medical science history; however, the technology used in its creation is decades old. The theory was first conceived by 2 NASA scientists named Dr. Liss and Dr. Sheahy. Once the theory entered Fisher Wallace laboratories, it was edited and polished to produce results.

The treatment is based on electric shock therapy where current is generated to stimulate the brain. Shock therapy or ECT is considered as a last resort when patients do not respond to any medication and therapies.

Even though shock therapies lead to memory loss, the treatment has a good track record of bringing positivity and curing chronic depression.

Keeping in view the pros and cons of ECT, Fisher Wallace crafted a device that targets one discrete brain region known as area 25.

The stimulation in this area causes the generation of neurochemicals such as serotonin and dopamine. Recent research claims that the current discharged from the device aims at the limbic system in the brain structure that is linked to creating a positive mood.

The effects of waveforms generated from this device are characterized similarly to that of mediation. This means that the treatment has quite a calming and soothing effect on its users.

It generates microcurrent electricity using patterned radio frequency. If one is sensitive to medication, they should stick with two lights. Using all four lights can make you feel nauseous.

The stimulator needs to be strapped 5 times a day for 20 minutes in each session to cure disease. It is designed to treat a host of diseases including depression, anxiety, and insomnia.

The only reported side effects of this DIY stimulator are dizziness and instant sleep. After the 20 minutes session, the user may immediately want to sleep.

If you select 3rd or 4th level, then you might start seeing flashing lights which is a quite normal symptom

Where Can I Find the Fisher Wallace Depression Treatment?

It is available in all the leading pharmacies across the U.S. You can even find it online on the website https://www.fisherwallace.com/pages/depression-treatment.

The site offers 30-day refund and returns policy. And it comes at a price of only $699 which is quite inexpensive as compared to medication and regular therapies.

What Do People Say About Fisher Wallace Depression Treatment?

Excellent reviews have been recorded from users this device. One of the buyers’ states, “over eight years and half dozen antidepressants. Later I tried this device, and I fell 100% normal. I’m in my fifth week using this device, and it has been absolute Godsend!” One of the renowned celebrities, singer Carly Simon, is quite a fan of this device. She says it helped her to ward off depression and mania.