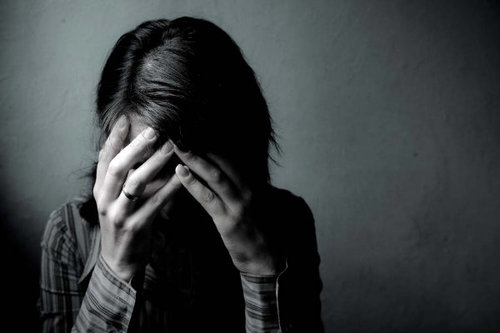 Then came benzodiazepines, they are considered as one of the best drugs to treat anxiety and depression.

During this period, we became familiar with a substance known as Etizolam. It was discovered that Etizolam for anxiety and depression has been quite effective.

Though it is still not currently approved in the United States for use, it has found its way in the market as a potent anxiolytic and anti-depressant.

Etizolam has been tested on animals and the results obtained have been fruitful so far, as stated by the users in their recounts of Etizolam usage.

This article will be discussing the use of Etizolam in anxiety and depression, other effects of Etizolam, mechanism of action of Etizolam, the dosage as deduced from animal experiments or user reviews and the scientific evidence that points towards the efficacy of Etizolam.

What is Etizolam and what is the mechanism of action of Etizolam?

Etizolam can be considered similar to Benzodiazepine but the chemical structure differs. Benzodiazepines have a benzene ring while Etizolam has a thiophene ring. Etizolam is reported to be 10 times more potent than diazepam by the World Health Organization.

On animal testing, the effects of Etizolam were discovered along with the mechanism of action. Etizolam acts on the central nervous system and causes its depression, resulting in muscle relaxation and anti-anxiety effects. It also acts as a sedative and can be used for insomnia.

It is used in Japan as a medication for anxiety and depression. It can be administered orally, sublingually or rectally but the common mode of administration is oral.

What are the therapeutic uses of Etizolam and what is its mechanism of action?

The main use of Etizolam is in depression and anxiety, but it can also be used therapeutically for convulsions, insomnia, panic attacks, and management of pain and for muscle relaxation.

This causes increased and longer binding of GABA to the GABA receptor which allows the prolonged opening of chloride channels.

What is the pharmacokinetics of Etizolam?

As stated earlier, Etizolam is absorbed well after oral administration, therefore, this mode of administration is used commonly. It is then distributed in the tissues of the body, bound to proteins.

It is metabolized by the liver and the metabolites are then excreted via the kidneys mainly. It has a quick onset of action. The effects start appearing within 1 to 2 hours of consumption. With a half-life of 6 hours only, it is quickly removed from the system.

What is the dosage of Etizolam for anxiety and depression?

For depression, the recommended dosage in India and Japan is 1mg Etizolam tablet and it should be taken twice or thrice a day. For anxiety, the adult dosage is between 0.5mg and 1 mg, at least twice a day.

The maximum dosage of Etizolam you can take in a day is 2mg.

Must Read:  How To Treat Anxiety With Nootropics? The Best Anti-Anxiety Nootropic Stacks

If it is taken for insomnia, it should be taken before bedtime, around 1-2mg. For panic disorders, 0.5mg Etizolam once or twice a day can prove helpful.

Scientific Evidence of the use of Etizolam for anxiety and depression

These patients were given 2 doses of Etizolam after placing them for a week on placebo. On day 21 and 35, the patient’s symptoms were assessed using four psychometric tests.

At the end of the study, the result was that out of 35 patients 26 patients showed significant improvement in the symptoms of anxiety and depression. Etizolam was well tolerated by most of the patients; the common side effect was daytime drowsiness.

They were given Etizolam at random for 5 weeks and then studied after this period for the symptoms of anxiety and depression. The results were astounding. The symptoms had disappeared, indicating that Etizolam is an anxiolytic and an anti-depressant.

User reviews about Etizolam for anxiety and depression

According to a user on Reddit, he was suffering from depression for the past few years. He couldn’t afford the visits to doctors as he was no longer on any insurance plan.

He couldn’t Xanax for his anxiety. This is when he started taking Etizolam. His symptoms started improving. Once he felt better, he slowly tapered his dose.

Another user stated that after taking Etizolam he felt very light and happy. He took a dose 1mg and waited for the effects to kick in and then took another dose of 1 mg after 3 hours. His sociability increased and he felt more positive. According to him, the effects of Etizolam are more profound than Xanax.

As suggested by various scientists in their studies and users on Reddit and DrugsForum, Etizolam can help with the symptoms of anxiety and depression.

The studies indicate that the dosage of Etizolam should be closely monitored and that it should be given for a certain period of time to completely get rid of the depressive symptoms.

Users have been reporting that they feel more optimistic and happy after taking Etizolam. If you have anxiety or depression, you can consider getting Etizolam.

What are the side effects of Etizolam?

Usually, Etizolam produces very mild side effects if the dose of Etizolam is not regulated. These side effects include daytime drowsiness, vertigo and very rarely visual disturbances and urinary retention along with amnesia.

What are the contra-indications of Etizolam?

If you suffer from any of the conditions mentioned below, please do not take Etizolam without consulting a certified physician.

Also, do not take Etizolam if you are pregnant or lactating. Do not use Etizolam recreationally.

Where can I buy Etizolam from?

You can buy Etizolam online at various drug stores. Ensure that you have access to complete information about; otherwise, you may purchase a sample that has additives, increasing its abuse potential. Always shop Etizolam from a reliable vendor.

Noopept and Phenylpiracetam Stack: Does This Combination Really Works For Your Memory?