HomeOpiate WithdrawalThe Effects of Opiates on the Brain and Body

The Effects of Opiates on the Brain and Body 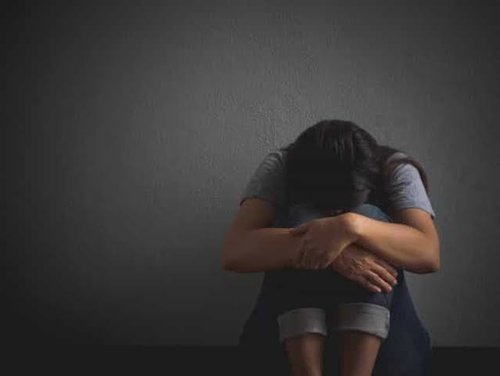 Opiates are classified as narcotic drugs that have high abuse potential. These drugs have been labeled as illegal by the Drug Enforcement Agencies and the Anti-Narcotic Agencies and courts. The use of opiates in healthcare setups is of considerable importance as it has been used as a pain killer as some of its derivates are used as general anesthetics. This is where it is important for one to study the pharmacodynamics of opiates i.e. the effects of opiates on the brain and body.

Opiates form a group of drugs that include heroin, morphine, oxycodone, hydrocodone, codeine, fentanyl, etc. Not all opiates are illegal; some of them are legal and are used for medicinal purposes. These drugs are derived from the plant known as ‘Poppy plant.’ The drugs labeled as opioids are the semi-synthetic and synthetic versions of opiates.

What are some of the common opiates?

It has the appearance of black or brown tar that is smoked. It is made from the liquid found in the poppy plant. It is one of the most valuable opiates, and according to some statistics, more than 13 million people worldwide use opium.

This opiate is snorted, injected as well as a smoker and it has very high abuse potential causing countless deaths each year. Taking heroin by injection is the most dangerous method as it has lead to the spread of HIV, AIDS, and Hepatitis, as individuals share these needles.

Also known as Hillbilly Heroin, Oxycontin is used as a prescription pain killer in hospital setups. Though used mainly for getting rid of heroin addiction, people also take it for recreational purposes by snorting and injecting it, which may lead to overdose sometimes proving fatal.

It has analgesic properties and is used to relieve chronic pain that may be experienced in patients with cancer, arthritis, and other joint and bone disorders. The prescription drug is sold under the trade names of Vicodin, Lortab, Lorcet, etc. It is highly addictive and causes physical dependence.

Named after Morpheus, the Greek god of dreams, morphine is a potent painkiller with a high addiction profile. Though people have benefitted from its medicinal uses, yet it has taken many lives due to its abuse.

One of the most generally and commonly used opiates in the world; it is administered orally and is supposed to be the safest of all the analgesics. However, people do become physically dependent on codeine after using it for an extended period and repeatedly. It is the largest component of anti-cough syrups.

Used commonly as part of the treatment regimen of narcotic addiction, methadone share same characteristics as that of heroin and morphine but it is relatively safer.

How do opiates act?

Opioids act on the limbic system that controls emotions and thus promoting the feelings of relaxation, contentment, and pleasure. These drugs also act on the brainstem reducing the respiratory rate, stopping cough and reducing pain and restlessness. Opioids also act on the spinal cord and reduce the transmission of pain signals from peripheral parts of the body to the brain.

What are the effects of opioids on the body and brain?

The main action of opiates is as analgesics. This action is achieved by the interaction of opiates with mu-opioid receptors. That is also done by the prevention of the activation of nociceptors by the peripheral opioid receptors. Within the brain, the transmission of pain signals to the segmental and suprasegmental is prevented, and there is an activation of the endogenous antinociceptive system of the body.

The limbic system is activated to enhance the responses leading to excitement and award and the feelings of emotional reaction to pain are suppressed.

Must Read:  What Are The Symptoms Of Opiate Withdrawal And How To Treat It?

These effects are dose-related. This effect is induced at higher doses and is very useful for those who have interrupted sleep due to pain or any other psychological stress or disorder. Sedation is usually accompanied by blurred consciousness and a breach of intellectual activity.

Morphine and other related opiates promote amnesia in conjunction with other CNS depressing substances like general anesthetics, tranquilizers, sedatives, antipsychotics, and alcohol.

That is a dose-dependent action. The frequency and depth of breathing are reduced when one consumes opiates. In acute Opiate poisoning, initially, Cheyne Stoke’s respiration is observed i.e. there is periodic breathing, later there is a cessation of breathing, leading to death.

Opiates affect the bronchial tone in a way that enhances it. That results in narrowing of airways and thus leading to obstruction in respiration. Therefore, morphine and related substances are contraindicated in Chronic Obstructive Pulmonary diseases.

At the spinal levels, opiates act to cause the rigidity of skeletal muscles. There is a reduction seen in the efficiency of respiratory muscles including the diaphragm. That further leads to the worsening of pulmonary ventilation.

Opiates cause miosis that is constriction of the pupil. That is achieved by the stimulating effect of morphine on the center of the oculomotor nerve. Miosis effect occurs even in drug addicts who are tolerant to high doses of opiates.

Morphine and other opiates trigger the vomiting center present in the brainstem. These effects quickly built a tolerance and thus with time and optimum dosage you do not feel like vomiting or nauseous.

Opiates are responsible for reducing the peristaltic activity of the guts thus there is constipation after regular intake of opiates. Minimum tolerance develops to these effects. Continued constipation may lead to small bowel obstruction, perforation and ultimately peritonitis. Morphine has a spasmogenic effect, causing an increase in the tone of smooth muscles leading to antiperistaltic activity as well as difficulty in voiding urine.

That is a feeling of bliss and reduction in fear with an indifference to the surrounding environment. There’s no anxiety and only a pleasant feeling. The sense of euphoria creates a desire to take more of the Opiate drug and thus causing psychological dependence. That is the first stage of dependence. Sudden discontinuation of opiates can cause severe negative emotional experience.

Effects on the nervous system

The chronic use of opiates may result in a condition where one becomes highly sensitive to pain. This condition is called hyperalgesia syndrome. It may also lead to psychomotor impairment and loss of coordination.

Effects on the Immune System

Opiates are responsible for the suppression of the Immune system and opioid receptors regulate immunity.

The effects mentioned above come with continued use of opiates. The effects can be classified into short term and long term effects. It is recommended to discontinue the use of opiates if a certified practitioner does not prescribe it.

Previous article
What Are The Most Effective Ways To Take Kratom?
Next article
The Kratom Connection Review