HomeNootropicsOat Straw Extract Benefits For The Brain, Concentration, And...

Oat Straw Extract Benefits For The Brain, Concentration, And Anxiety? 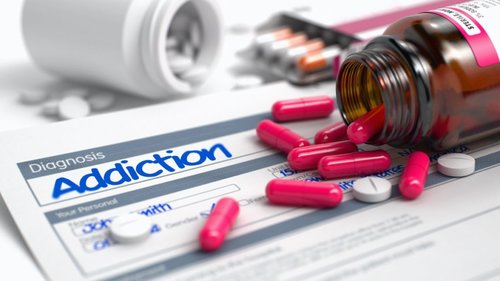 Oat straw or scientifically known as Avena sativa is a medicinal herb. It is commonly referred as green oat grass.

The name may sound familiar to you because oat straw has been a favorite cereal grain for humans for thousands of years.

Oat straw is a part of many nootropic supplements formula. Want to know the reason? There are many benefits of Oat straw which includes numerous cognitive benefits to offer to its user.

It is a natural stress reliever, which helps against depression, anxiety, neurological pain and some other problems.

The pharmacology of oat straw shows the rich amount of nutrients such as calcium, which gives it a healing effect for arthritis, osteoporosis, and osteoarthritis.

Oat straw is a product of oat plant that is sometimes called wild oats. It is a native to Scotland.

As a nutritional supplement, oat straw is available in nootropic pills, extract and powder, separately or a part of an herbal blend.

Oat straw is not a new product. It is a thousand years old ingredient, which is historically acknowledged for its healing effects.

In 1987, the German Commission E suggested oat straw to be a “nervine herb.” The Free Medical Dictionary by Farlex defines nervine as following.

“A medicinal preparation, usually of herbal origin, which, is said to act on the nervous system, reduce anxiety and tension(nervine relaxant), and stimulate or strengthen neural function.”

The traditional usage of a therapeutic herb related oat straw with natural aphrodisiacs. It can enhance the sexual performance of men. However, the most recent studies focus more on cognitive benefits of oat straw.

The earliest usage of oat straw as a cognitive enhancer roots in Europe during Middle Ages. It was highly recommended for a health-boosting product, which nourishes, strengthens and improves mental performance.

American Botanical Council has narrated Saint Hildegard of Bingen, herbalist and none to be a regular user of oat straw.

She believed in the brain-boosting capabilities of oat straw and declared oat straw as her favorite ‘happiness’ herb.

What are the reasons for a cognitive decline?

It is a common thing to see older people becoming frail.

They are more likely to suffer from cognitive dysfunction and a decline in health.

The modern research indicates that it has deep root links with a drop in dopamine level, which usually decreases with age.

“The Journal of Neuroscience” has published this research on dopamine receptor mechanisms contribute to the age-related cognitive decline.

It elaborates the following factors showing up with age.

“Acta Neurologica Scandinavica” has published a study on the history of Deprenyl (selegiline) and its pharmacological action. It shows that dopamine levels drop by 13% every decade after the age of 45 years.

As a result of this, not just the cognitive abilities but sexual functions, mood and memory are also affected. There are chances to get Alzheimer’s or Parkinson’s too.

How Oat Straw improves the functions of the brain?

Oat straw is a sturdy natural product, which enhances the capabilities of the brain. It works in following ways.

It has anti-inflammatory potential. This role of oat straw saves from the damages of neuro-degradation, heart problems, cancer and the particular type of skin infections.

A study on a commercial oat straw extract (Neuravena) revealed that a single dose of oat straw on healthy adults was useful for the cognitive boost. The participants received 800 mg or 1600 mg of oat straw dose.

The cognitive function was assessed through attention,  spatial-working-episodic memory, and executive function before dosing. The measurements were taken at 1, 2.5, 4 and 6 hours after the last dose.

The results indicated that 800mg of oat straw extract was helpful to speed up the performance. The participants showed improvement with minimal errors.

This dosage of oat straw extract produced best effects on cognition. It enhances attention and concentration without any side effects, i.e., insomnia, stress, nervousness, and anxiety.

Oat straw is very helpful to add up the nitric oxide levels and restricts phosphodiesterase type 4 (PDE4), as a result of which blood vessels are easy to dilate.

It causes blood flow to increase that ensures the timely supply of vital nutrients and oxygen to the brain cells.

A unique type of bioactive compounds found in oats is avenanthramide, which is mainly responsible for enhancing nitric oxide production in smooth muscle cells of humans.

A research group studied 37 healthy adults of age 60 and above. It was a randomized, double-blind study controlled by placebo trials.

The 24-week plan examined the changes in patients, which received 1500 mg oat straw extract daily in comparison with placebo. The results of this study were astonishing. They showed 42% increase in cerebral vascular responsiveness.

The researchers concluded that the middle cerebral artery dilated when the body was under stress, in the result of it the blood flow to the brain and nutrient supply was increased. The study was published in “Journal of Hypertension” and is available online.

Using oat straw will boost alpha brain waves. They have a connection with rapid learning ability, memory, and cognitive boost.

The increased dopamine levels induce the sense of satisfaction and pleasure.

A trial by German scientists studied a double-blind, randomized, placebo-controlled crossover study that analyzed the use of 1,250 or 2,500 mg of oat straw extract concerning placebo. The brain wave frequencies were measured by using EEG.

The results indicated that using oat straw affects the brain wave patterns in a particular area that works for cognition.

The subjects of this study performed better during arithmetic testing with fewer errors. It is published in “Journal of Alternative and Complementary Medicine.”

The inhibition of PDE4 also shows effects on memory. It prolongs the effects of cAMP inside the brain that are associated with long-term memory building. It is particularly helpful for students and older age people.

A study based on older adults indicated mild cognitive impairment in them. To measure this cognitive performance by oat straw, researchers have analyzed the dose of 0mg. 1600 mg and 2400 mg of oat straw once a week. The experiment was studied on rats.

Stroop Color-Word Test which s a measurement of memory, executive functions by indicating the errors analyzed the results.

The subjects with 0mg oat straw given had an average of 3.39 errors on the Stroop Color-Word Test. The subjects receiving 1600mg dose showed only 1.2 errors (which was a 65% improvement).

The subjects who had no cognitive impairment before showed even better results with 0.55 errors compared to placebo that averaged 2.13 errors. It indicates a 74% improvement.

Using oat straw inhibits monoamine oxidase B also known as MAO-B, which is responsible for increasing dopamine levels in the brain.

These cytokines are involved with some brain disorders such as major depression, schizophrenia and Alzheimer’s disease and others.

The scientific research tells an enzyme called monoamine oxidase-B controls that dopamine decline which is thought to be due to aging.

At a younger age, MAO-B regulates dopamine levels inside the brain. As the time passes, MAO-B levels are no more controlled by it. Sometimes they increase too much, and dopamine levels drop.

A research study by College of Pharmacy and Pharmaceutical Sciences, Florida A & M University, and published by “Phytotherapy Research” identifies natural human monoamine oxidase B inhibitors. As MAO-B levels fluctuate, dopamine levels also variate opposite to it.

Another study by a weekly peer review journal “Life Sciences” says that the inhibition of MAO-B preserves the functions of the brain by safeguarding the dopamine downfall. As a result, cognition, sexual functions, and overall health are improved.

A study on oat straw proves its ability for MAO-B inhibition and enhancement of dopamine which otherwise declines with age.

With using oat straw daily, the user can get the following benefits of oat straw.

How much Oat Straw to use?

The recommended dose for oat straw powder in a capsular form is 300-350 mg in a single serving. The user may use it twice or thrice in 24 hours.

In tincture form, using ½ to 1 teaspoon up to 3-times daily is recommended. The tea form of oat straw should not be used more than three cups a day. Overdosing the recommended dose may result in minimal or no effects.

In which forms Oat Straw is available?

Oat straw has multiple forms available. It is commonly found in capsule form. These capsules have a fine powder of leaves and stem of the plant.

The standardized extract form in 10:1 or 20:1 is also available. Sometimes alcohol extract tinctures are also seen at big stores.

Possible side effects of Oat Straw

Oat straw is all natural and completely non-toxic. It is considered very safe for human use.

Only the overdosing it may inhibit MAO-B too much, and the user may not get the desired effect as a nootropic boost.

To get the best effects from oat straw, follow the right dosage and never exceed the limit. There are no side effects of oat straw.

Previous article
What Is CBN And What Are The Cannabinol Effects?
Next article
Can Effects of CBD Oil Cause Headaches And Allergies?