HomeKratomBoofing Kratom (And Why You Shouldn't Do It) 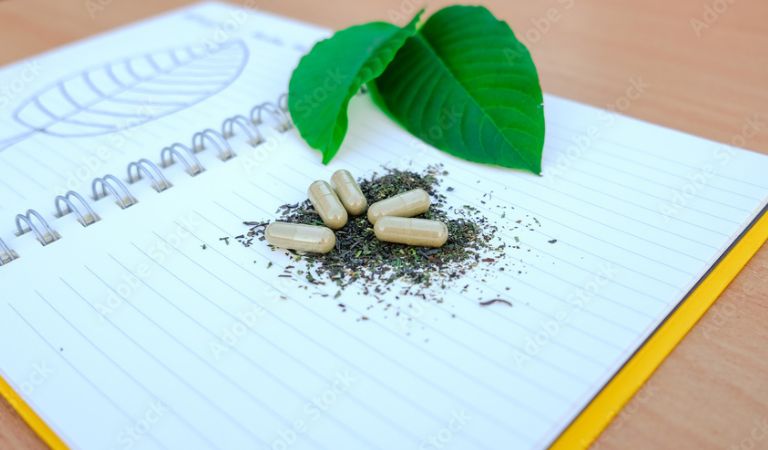 What about other methods, like kratom boofing ? You may say that they’re terrible ideas. Kratom boofing involves grinding up your kratom powder and ingesting it in a liquid form. While this has the potential to make consuming your kratom dosage easier, it also has some dangerous consequences that you should know about before giving boofing a try.

Let’s discuss all the details about kratom boofing, including the possible dangers, side effects, and why you should avoid this practice.

What Is Kratom Boofing?

To “boof” is to consume alcoholic beverages or psychoactive substances via the genital or rectal orifice. The substance is thought to enter the circulation straight from the large intestine.

Substituting a boofing substance for the traditional counterpart often results in a more profound effect. Consuming psilocybin mushrooms, for instance, is said to result in a more intense and rapid onset of the hallucinogenic state.

The practice of “boofing” kratom, also known as “plugging” kratom, is similar in concept and often entails inserting kratom beverage or powder dissolved in the water straight into the rectum after cooling.

Even though there is no published study on the topic, there are several anecdotal tales from users online suggesting that inserting kratom produces the optimum result. But, unfortunately, research from personal experiences is contradictory.

Most individuals don’t feel any effects after boofing kratom, not even the ones produced by regular kratom use. Kratom consumers widely acknowledge Boofing as an efficient means of wasting the powder.

Some users report that the benefits are enhanced, and the effects kick in more quickly when they boof kratom.

Boofing kratom may or may not be effective, although there is currently just subjective data to support its use. However, you shouldn’t attempt boofing kratom on your own since, as you’ll see later, it may have serious consequences.

Why Do People Boof Kratom?

Surprisingly high rates of absorption occur in the rectum. With these substances, a small amount goes a long way. As a result, it’s been alleged that some individuals are boofing kratom to preserve their supply. Those who have tried boofing kratom only need about half the typical dose to feel its effects.

The effects of ingested kratom don’t fully kick in for 60 minutes, although they begin to show up about 20-30 minutes after ingestion. Kratom is plugged by users who want immediate effects because it speeds up the uptake of other substances into circulation.

Kratom users often report feeling nauseous after ingesting higher than recommended amounts. Nausea is probably triggered by the powder making it to the gut, and boofing enables consumers to avoid most of the gastrointestinal tract altogether.

Kratom has an incredibly bitter and unappealing flavor, yet its benefits are much sought after. Unfortunately, most people use kratom in powder form and swallow it; therefore, the bitter taste is something they have to deal with every time they take it.

Must Read:  Kratom Effect On Testosterone: Does Kratom Affect Hormones?

Boofing kratom is a convenient way to escape the herb’s disagreeable taste. But there are various other methods to mask the kratom’s flavor.

Why Should You Not Boof Kratom?

Some of the health risks of boofing Kratom include:

Kratom contains several alkaloids, some of which can cause kidney damage when consumed too frequently. The high doses of kratom associated with boofing could be enough to cause damage to your kidneys and other organs. It’s best to avoid this method if you want to minimize your risk of kidney damage. The risk increases when you mix kratom with other drugs.

Kratom also has the potential to cause liver damage due to its alkaloid content. Boofing kratom can increase your risk of developing liver problems due to high drug doses. The more you boof, the higher your risk of liver damage.

Boofing kratom can decrease your cognitive ability, making it difficult to remember things. This can be dangerous, especially if you have a job or school responsibilities that require you to stay alert and focused.

Kratom is already known for causing stomach problems and nausea when taken in large doses. Boofing could worsen these symptoms and make it difficult to keep food down. This can lead to dehydration and other problems that could affect your health.

Kratom boofing could lead to impaired coordination and balance. This can be dangerous, making you more likely to have an accident or get injured. Be sure to avoid boofing if you plan on driving or engaging in any other activities that require your full attention.

Some people also experience headaches after boofing kratom. Since the drug can cause changes in blood pressure, it’s possible that the headache could be a sign of an underlying problem. The CSF, or cerebrospinal fluid, could be affected, leading to headaches and other neurological problems.

Inflammation and discomfort effects can be compounded if Kratom is taken too often, as the alkaloids can further damage the tissues of these organs.

The practice of boofing kratom is not recommended. You’ll increase your chances of being harmed, catching an infection that might prove fatal, and feeling the full benefits of the kratom. Moreover, the majority of users who have attempted boofing kratom say it doesn’t provide the anticipated results.