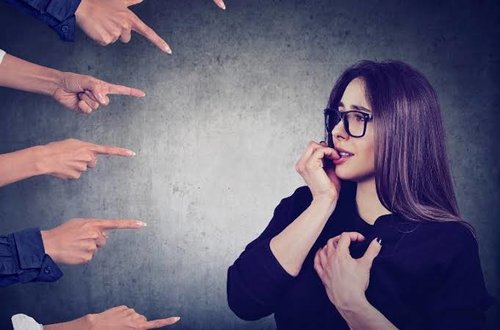 Are you selected as an individual to speak in public on a specific topic?

Are you nervous, although you have done the preparation and freeze in general when it’s the moment to talk?

Does your heart start skipping fast and hands get shaky and sweaty? Do you feel like it’s the hard moment for you to speak and every individual sitting in the crowd has become your harshest critic?

You might feel uncomfortable, and it might seem like a disaster for you. However, we have an ultimate solution to treat your social anxiety and allow you to speak publicly in a confident manner.

The ancient and the new Nootropics are the perfect remedies for addressing these problems.

What is social anxiety? It is termed as a feeling of mixed emotions,i.e., nervousness, tension, worried thoughts, physical changes that you might experience in social situations.

Many individuals suffer from fear to speak in public which is termed as “glossophobia,” in general, it is the anxiety about being scrutinized, seen and judged by the audience.

There are methods which are available to handle your fear of social anxiety and public speaking.

The perfect nootropics for reducing social anxiety and fear of speaking in public are following:

It is the most known of the Racetam family for the enhancement of learning and memory. It has a surprising element of reducing anxiety, unlike other racetams. It aids people in treating generalized anxiety disorder which helps in relieving the tension.Many users have claimed that Aniracetam enabled them in severely reducing their anxiety, stress, and depression. The Aniracetam works by stimulating the AMPA receptors for improvement in memory and learning, while activation of the D2 and D3 dopamine receptors reduces the anxiety levels. According to several studies on the animal, Aniracetam plays a significant role in improving mood, boosting the cognitive performance and reducing anxiety.

Benefits of aniracetam as nootropic

Aniracetam is useful by itself. However, it is stacked with Alpha-GPC which is a choline source. It helps in improving the effectiveness of Aniracetam.

one of the variations of Vitamin B,i.e., Thiamine or vitamin B1. It was created in Japan as the more bioavailable variant of thiamine.It crosses the blood-brain barrier more efficiently than thiamine which explains the anxiety-reducing effects. Thiamine is essential for producing GABA which is a primary inhibitory neurotransmitter. It plays a critical role in relieving stress and anxiety.The thiamine levels are increased by the intake of Sulbutiamine which increases the levels of GABA leading to decreased anxiety.

Benefits of sulbutiamine as nootropic

It is an amino acid which is extracted from green tea. It helps in improvement of the alpha brain waves and allows you to relax.It is advised to consume with caffeine, but for anxiety issues, it is better to drink L-theanine alone to reduce the social anxiety significantly.L-theanine helps in calming down the body and improves relaxation.It achieves this by increasing the release of hormones,i.e., Serotonin, Glycine, Dopamine, and GABA, in the specific regions of the brain along with the elevated levels of the brain-derived neurotrophic factor.Take around 150-250 mg of L-theanine for the anti-anxiety effects.

Benefits of l-theanine as nootropic

Benefits of l-theanine in combination with caffeine

This Nootropic herb is favorite for use in ancient Indian Ayurvedic medications.It has been in use for centuries as a healing tonic for a variety of conditions.It is gaining popularity from the past few years as a perfect nootropic to decrease anxiety and stress, aids in reducing fatigue and improves mood.It helps in lowering the stress-inducing hormone,i.e., cortisol.
It is an adaptogen which is the type of chemical that helps in reducing the effects of stress or preventing it.It has an anti-stress impact related to the corticosterone signals along with the suppressions of neuronal excitation in response to the stress.Many users have seen improvement in mental and emotional clarity with its use.However, for public speaking and anxiety, it works as a calming option that might compete with the prescription medicines.

Benefits of ashwagandha as nootropics

is a nootropic which helps in alleviating the social anxiety. Phenibut binds with the GABA receptors and results in anti-anxiety effects.However, Phenibutis associated with benzodiazepines resulting in side effects, due to which it has some safety issues.Take 500-1000mg to reduce the anxiety effects. Phenibut takes hours to be effective so do not re-dose.

Must Read:  Oat Straw Extract Benefits For The Brain, Concentration, And Anxiety?

Benefits of phenibut as a nootropic

Relaxation and allows to sleep well

is a vital mineral, which plays a critical role in the nervous system. Magnesium acts as a neuroprotective agent, which reduces the neuronal hyperexcitability resulting in relaxation and decreased anxiety.

It is a tricyclic antidepressant and a mu-opioid agonist. Tianeptine indirectly helps in relieving social anxiety by dispelling dysphoria and uplifting mood.It also modulates the glutamate receptors resulting in anxiolytic effects.

It is a natural plant grown in Africa and Asia and used by the natives for hundreds of years. It is also an adaptogenic plant.Recently, it has gained popularity as a nootropic which helps in improving mood, boost the cognitive performance and reduce anxiety. The Mucuna Purines contain amino acids,i.e., L-dopa which acts as a direct precursor for increasing the production of dopamine neurotransmitter. This Nootropic offers added Dopamine to the brain, which results in decreased stress levels and increased happiness. It allows you to feel more confident which the necessary element for public speaking is.

Benefits of mucuna purines as nootropic

Avoid these nootropics in public speaking

Following nootropics should be avoided while speaking in front of the audience:

The users advise these smart drugs and nootropics. Some of them are prescription drugs, so it is recommended to consult a doctor before taking these.

Nootropics are a useful and powerful tool for relieving anxiety but other than that you need to follow the simple tips.

Social anxiety is exceptionally uncomfortable; it prevents you from living a happy life.

We have mentioned different nootropics which can help you overcome the social anxiety and fear of public speaking. Follow the above mentioned simple tips which work best for you in such situations.

The best nootropic supplements with the combination of above-mentioned ingredients include Mind Lab Pro.

Social anxiety is a treatable condition. However, it needs a lot of hard work to fix this situation.

You should change your lifestyle and adopt a healthy one. Do not depend only on the medical drugs as they are harmful and have side effects due to continuous use.