HomeHerbsWhat Is Sam-e Used For? Benefits, Side-Effects, And How...

What Is Sam-e Used For? Benefits, Side-Effects, And How To Take? 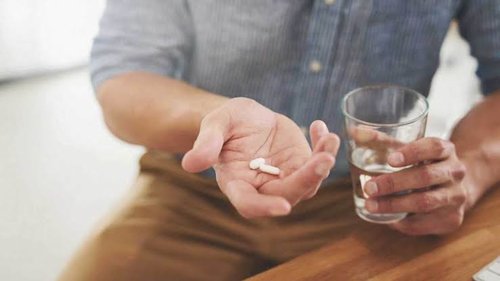 SAM-e is a type of molecule formed naturally within the body by the reaction between Methionine and ATP or Adenosyl Triphosphate. SAM-e can also be recreated in the laboratory. SAM-e is involved in the activation, formation, and breakdown of the body chemicals which include the proteins, hormones, phospholipids and few drugs.

What are the uses of Sam-e?

Following are the purpose of using SAM-e in our daily lives:

Intravenous or i/v use:

The body utilizes SAM-e for making a particular type of chemical in the body which plays an essential role in controlling pain, liver disease or depression and other conditions.

However, if a person is unable to make SAM-e in the required quantity, then he or she needs to consume SAM-e supplements.

The research on possible benefits of SAM-e include:

SAM-e shows promising results in treating osteoarthritis of the hips or knees. It is said that SAM-e has anti-inflammatory properties along with it relieves pain. According to some studies, it might promote cartilage repair.

According to the report published in 2009, in the Cochrane Database of Systematic Reviews, four clinical trials were analyzed with 656 participants in total revealing that benefits of  SAM-e include aids in reducing pain and improvement in function in people suffering from osteoarthritis.

However, these findings were inconclusive due to the poor quality of trials.

According to research published in 2016, in the Cochrane Database of Systematic Reviews, eight published clinical trials were analyzed for comparison between the use of SAM-e and antidepressants such as Desipramine, Escitalopram and Imipramine or placebo.

It concluded that SAM-e had superior effects when compared to placebo if used in combination with SSRIs or Selective Serotonin Reuptake Inhibitors.

However, the trials were of low quality. Some participants did experience a few side effects similar to the placebo.

The reviewers concluded that the use of SAM-e needs more investigation in association with depression for more extensive and better trials to achieve firm conclusions related to the evidence.

According to the research review published in 2010, from the Journal of Complementary and Alternative Medicine, 70 published clinical trials were evaluated by the scientists regarding the use of complementary therapies for fibromyalgia and chronic fatigue syndrome.

There were many therapies that appeared to treat fibromyalgia and included acupuncture, magnesium, Meditative practices, L-carnitine and SAM-e.

However, it showed that SAM-e was the most efficient and potential agent in treating the symptoms of fibromyalgia.

However, the researchers need further evidence to claim SAM-e as a perfect supplement for relieving fibromyalgia.

Benefits of SAM-e include aids in improving liver function in people suffering from liver disease in chronic stages, according to the research review published in 2015, mentioned in the Journal Plos One.

However, according to the 12 published articles in previous years, it indicates that the benefits of Sam-e are limited in treating conditions such as cholestasis and viral hepatitis.

Insufficient evidence is also available regarding the benefits of SAM-e for the treatment of:

Side effects of Sam-e

This dietary supplement is safe when consumed orally, I/V or injected as a shot in an appropriate way. However, it might lead to the following side effects if taken in high doses:

Must Read:  How Do You Make Oat Straw Tea?

How to consume Sam-e and what are the associated dosages related to this supplement?

The following are the mentioned doses and methods of taking SAM-e:

You need to consume around 1600 mg of Sam-e each day in two divided doses for approximately eight weeks. You can either use this supplement alone or in combination with antidepressant medications.

It is advised to consume 600-1200 mg of Sam-e in around three divided doses for approximately 84 days.

Take around 600 mg of SAM-e each day for roughly a month. You can consume a combination of 30 mg of SAM-e with 100 mcg of Vitamin B12 for 30 days and around six times daily for the treatment of cirrhosis.

Two divided doses of 800 mg SAM-e each day for around six weeks can be used.

Take 500 mg of SAM-e twice daily, or 1600 mg of SAM-e can be consumed daily for around two weeks in two divided doses for this condition.

400-800 mg of SAM-e has been used to treat depression with or without anti-depressants intravenously for around 2-4 weeks.

800 mg of SAM-e by I/V has been used for treating cirrhosis every day for around two weeks or around 250 mg twice each day for approximately 30 days.

400 mg of SAM-e has been in use for treating osteoarthritis by I/V daily for approximately five days followed by an increased dose of around 600 mg of SAM-e by mouth for 23 days in three divided doses.

The ideal dosage for SAM-e is not yet established. All the dosages mentioned above are advised according to different studies. However, take advice or consult your doctor before consuming this dietary supplement.

Sometimes you need to increase the dose of SAM-e for a few weeks which might aid in reducing the side effects which include anxiety and restlessness.

It is highly difficult or impossible for someone to survive with a chronic condition. Some studies and research do indicate that SAM-e is beneficial in treating these diseases, but we need to be 100% sure until these supplements are well-designed, with large-scale clinical trials and proper conclusions.

Avoid taking SAM-e in conjunction with other drugs or replacing them without the doctor’s prescription as it might have deleterious effects.

Be sure to consult your doctor regarding the pros and cons of SAM-e before consuming it for the underlying medical conditions.