A Leaf Of Faith Kratom Documentary By Chris Bell 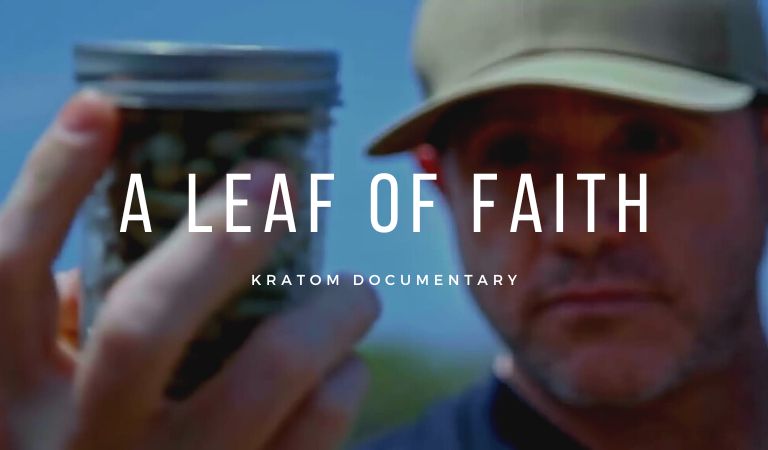 Putting your faith into herbal supplements does not backfire, and Chris Bell proves it! This kratom documentary director brilliantly illuminates the source of the opioid epidemic. He looked at drug-related difficulties in the general populace. Chris Bell is known for exploring controversial topics. “A leaf of faith” is not his only work; his films such as bigger, stronger, faster, Trophy Kids, and prescription thugs contribute significantly to his fame.

A leaf of faith emphasizes opium addiction and various treatment options. Because of his individual perspective on drugs and steroids, Bell is particularly interested in the subject. He brought up a very relevant and critically needed problem: opioids alone caused around 200,000 deaths between 1999 and 2016, with 30,000 Americans becoming victims yearly. This documentary is made even more interesting by the fact that Bell collected scientists, politicians, celebrities, professionals, regular believers, and opponents of Kratom’s value.

Kratom is a Southeast Asian herb that comes from trees comparable to those that produce coffee. Many people have used the leaves of this tree as a herbal cure and as a stimulant for laborers. Kratom can be consumed in various ways, such as in tea or simply by chewing.

Chris Bell was open and honest about his opium addiction and rehabilitation. Hence, he reveals to the public his journey in the documentary. He engages the onlookers by demonstrating a promising, herbal alternative. That’s not all-Bell was fully objective in the documentary, offering the perspectives of both kratom lovers and non-kratom enthusiasts.

Without a doubt, “A leaf of faith” is an inspiring work. Bell should be commended for providing the audience with enough knowledge on Kratom to form an opinion about its risks and benefits.

The documentary begins with Chris Bell’s introduction, discussing his personal history and problems. In this struggle, Bell was not alone since his siblings worked alongside him. He tells an interesting story regarding his father’s surgery, which requires him to take pain relievers.

Bell has interviewed several people for this documentary, which includes kratom users, physicians,  and scientists. Kratom is derived from plants that are comparable to those used to make coffee. However, Kratom is distinguished by the presence of alkaloids. Alkaloids interfere with opioid receptors in the human body. Users also cannot refute that Kratom provides great pain alleviation. Not only can kratom relieve pain, but it also improves mood, increases energy, regulates blood pressure, and reduces anxiety.

Why Is kratom uncommon?

Mitragynine and 7 hydroxy mitragynine are the most important kratom alkaloids and the primary reasons it is uncommon. Despite the fact that kratom has numerous beneficial effects, official bodies such as the FDA and DEA have not made these claims. As a result, there has been no interventional testing to quantify the influence and potency of Kratom. Therefore all personal views and discourses based on anecdotal evidence with the leaf are somewhat hypothetical, but it is universally understood that product validity and dependability must be regulated.

In his documentary, Bell did not make claims. He is a man of fact! The documentary told the experience of a mom whose child committed suicide. Such mentally exhaustive events require one to search for peace and relaxation, leading them to Kratom. Furthermore, the deaths of 10-15 persons were reported. They all had one thing in common: they were all kratom users, which made kratom questionable and contentious in the local community. This is one of the primary reasons why the DEA was keen to outlaw kratom.

Must Read:  How To Make Kratom Tea In A Coffee Maker?

Without favoring one side over the other, Bell presented his insight. The documentary discusses kratom’s advantages and disadvantages. Gathering people who shared amazing experiences concerning this product seems full of potential and offers some hope for the future. It’s critical to understand that everything has disadvantages. Many voiced their opposition and spoke out against it, providing some excellent justifications.

The documentary was compelling to watch because of the transparent research results and scientific facts. Since the documentary was done extraordinarily well and is presented, any audience can understand it. It also includes pictures with explanations of its strategies at certain points to give the reader a clearer understanding of this herbal supplement.

Bell showed stories about how kratom caused problems in some people’s lives, as well as how kratom helped others. He did not discriminate in his presentation of both perspectives. Despite the fact that kratom is a troublemaker, people came forward to express their positive experiences after learning of its ban.

One veteran who spoke out against the kratom ban said it helped him feel better not only physically but also mentally. The executive director of horticultural research, who oversees the exports and imports of herbal remedies like Kratom, claims that a Kratom overdose cannot potentially result in death. He asserted that Kratom is somewhat appropriate for everyone because everyone who consumes it excessively will just feel a bit more “excited.” Remember, there are always two sides to every story and we cannot form assumptions based on hearing only one side.

To Sum It Up

Bell did everything he could to raise awareness of kratom, but the question remains: is kratom beneficial or bad? According to the documentary, kratom is not a perfect herb for relieving pain, but its potential cannot be overlooked. It also demonstrates a silver lining in that we can still be rid of fatal addictions. People who suffer from pain, like Bell’s father, believe that Kratom would take them out of it, therefore they latch on to the herb.

Although kratom is still being studied, there is a lot more we need to know before relying on the herb. Bell does a wonderful job as a spokesperson for educating the public about Kratom. Surely, he provides a fair assessment of the drug’s advantages and disadvantages and foresees future research on the substance. This enlightening documentary is helpful for those experiencing chronic pain or troubled by the American big pharma industry’s unethical sales practices.

Previous articleHow Long Does Kratom Take To Kick In?
Next articleCan Salvia Divinorum Gets You High?

MBC Botanicals: A Rising Star In The Kratom World

MBC Botanicals: A Rising Star In The Kratom World

Can Salvia Divinorum Gets You High?

How Long Does Kratom Take To Kick In?

Halo Kratom: A Complete Review Of The Vendor & Quality Of Products

8 Best Weight Loss Applications Everyone Should Try In 2022: Guide

Kratom and Heart Health: What You Need to Know

Kratom And Liver: Is Kratom Safe For Your Liver?