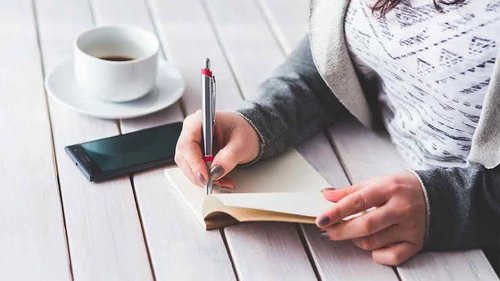 Exams are a phase of life which almost everyone is familiar with. Whenever this horrible period gets closer, everyone starts to panic.

Apart from the unpleasant feelings we get, exams cannot be ignored or taken lightly at all as these are an integral part of testing what we have learned over the year.

Honestly speaking, a majority of us do not start studying until only a few days are left.

Now in such a scenario, one would want to make the most of these days, study smart and high yield and cram as much as you can in the least possible time.

To help you achieve your desired results, many additional factors can help.

As much as healthy diet, balanced sleep and exercise are important; it now is known that Nootropics demonstrate quite fantastic results by aiding in sharpening the cognitive and intellectual senses in mind.

Below is a list of 10 popular Nootropics for the students during their exams.

Oxiracetam is a synthetic molecule not found in food sources.

It is a positive APMA modulator and increases glutamate, acetylcholine and D-aspartic acid.

It especially increases metabolic activity in neuronal cells which contribute to memory formation.

Users have suggested using Oxiracetam when logical learning or number based learning is to be done.

Due to this reason, this Nootropic is involved in improving the function of the left brain associated with logical reasoning. It can be used when a Math or Economics exam is approaching near.

It should ensure that Oxiracetam is taken almost an hour prior sitting down to study.

It excites overall intellect of the mind along with anti-anxiolytic effects.

Thus it is to be used to get a flow of creativity, imagination and learning with soothing flustered nerves.

That is the reason why Aniracetam associated with boosting the function of the right brain.

It also helps by increasing the blood supply to the brain by encouraging it to take in more glucose and oxygen.

It might work well before an exam where you might be required to write creative essays and would grade on your use of grammar, vocabulary, and imagination.

It has a short half-life of around 1-3 hours after which one might want to redoes on Aniracetam again.

It is recommended to rise with a small dose. Ideally, 750-1500 mg is considered to be safe and efficient, but doses of up to 3000 mg have also done the recording.

Aniracetam works well when stacked with Oxiracetam. This stack improves verbal and linguistics function, along with sensory perception and the ability to reason with concepts logically.

One of the most popular beverages currently in use today with addictive potential, caffeine has helped millions of people worldwide for concentrating on a daily basis.

It fires up the sympathetic system, making the digestive feel lighter and the mind sharper.

Caffeine has the additional ability to synergize with the Racetam class of drugs.

Apart from brewing, caffeine tablets are also good enough to be used. It suggested that L-theanine is supplemented along with caffeine to remove its adverse effects of feeling jittery.

100 mg brewed or in capsule form would be ideal for freshening up one’s mind and spirits.

Noopept is all the rage nowadays. It is considered to be a Nootropic of the highest potency.

It has cognitive as well as psychostimulatory effects.

Noopept works by increasing spindle-like activity and alpha wave brain function. Noopept should use for the toughest of subjects when extreme learning is required.

It has a plethora of other advantages as well such as, elevating mood, focus, memory, increasing charisma and the ability to hold an interesting conversation.

That is why Noopept remains to be a good choice during oral exams.

Noopept should be dosed a day thrice in batches of 10-30 mg. It is also recommended to cycle Noopept. It should be used for up to three weeks then tapered off.

Noopept can stack with 250-100 mg of Phenibut, a GABA neurotransmitter to induce an alert and calm state.

Vinpocetine is a drug that is derived from the periwinkle plant and has a slightly different time to be used.

Instead of being used before an episode of learning it should use before taking an exam.

Must Read:  The Most Effective Nootropics For Severe Depression

Vinpocetine is a nitrovasodilator that increases blood flow to the brain.

It helps you access your brain down to its deepest pit to retrieve long-forgotten facts and give a boost to your thinking ability. It has a unique role in memory recall and works well with other Nootropic stacks.

Pramiracetam is a potent Nootropic supplement. It acts by increasing acetylcholine uptake in the hippocampus.

This part of the brain is mainly involved information and storage of new memories.

This supplement is especially beneficial for exams which require cramming of large amounts of data in a short span of time by helping retaining concepts.

It gives a huge boost to your memory-forming ability making your mind a huge arena of storing facts and figures.

Pramiracetam should be split into 300-600 mg daily dosed once or twice a day, preferably in the morning and evening.

Sometimes, merely learning and memory is not enough.

A student going through exams has to face a lot of pressure and stress which very obviously overburdens them beyond their capacity.

This stress can get underway and severely hamper your exam-taking ability, however much well you might have studied and prepared beforehand.

To combat this scenario, Ashwagandha powder should be used which boosts the brain function along with relieving stress.

Its specific device is not known, but it is supposed to modulate levels of monoamine oxidase and GABA in the brain, which contributes towards creating a calmer state of mind without causing drowsiness.

450-900 mg is enough to create a pleasant effect on students just about to give their exam.

L-Theanine has the unique effect similar to Ashwagandha powder of creating a peaceful and calm mind environment while increasing the human brain functioning.

It is similar in structure to glutamate, and that is how it helps in transmission of nerve impulses in the brain.

It is recommended to stack it with the coffee brew or caffeine supplements, as L-theanine induces a trance like a state and caffeine gives you jittery effects, and both when combined have the ability to cancel each others side effects.

It provides you with a clear focus and the motivation to sit and stud, paving your way towards your academic goal.

Dosing on L-theanine before bedtime can help you wake up feeling fresher and less exhausted, thus keeping your schedule right on track.

L-theanine should be dosed on for 200mg once daily although doses of 250mg are also recorded to used.

Lion’s Mane Mushroom works by enhancing the production of Nerve Growth Factor that has a huge role in creating new brain cells.

This quality of its mechanism does not just help in memory and learning.

Instead, it helps in the overall health of the brain by giving it new opportunities to grow.

That is why it has established that this drug has neuro-protective and neuro-regenerative potential.

500-3000 mg of doses is considered to be enough to bring about the required effects.

Alpha GPC works by increasing level of Acetylcholine in the brain, a neurotransmitter that is highly responsible for memory functioning and recall and increasing brain activity and cognitive functioning of the human brain.

The main property of Alpha GPC which makes it a heavy lifter is that it is the best drug to be stacked with as a potentiator. It is advised to use Alpha GPC with Krill oil which keeps your heart safe.

This stack is useful for achieving peak performance levels, and should not dose more than twice a day or adverse effects such as brain fog will be experienced.

It provides enhanced memory and concentration and helps increase productivity in the tasks at hand.

It is the best stack to use when there are limited time and a huge burden of work to be done.
• Pramiracetam: 300 mg
• Alpha GPC: 300 mg